Copyright in the Trans-PacificPartnership echoes past mistakes 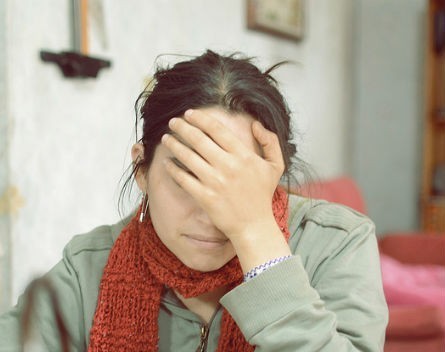 Deja vu: last week a new version of the intellectual property (IP) chapter of the Trans-Pacific Partnership (TPP) was leaked. Even as experts try to make sense of 77 pages of complex text, IP negotiators are meeting in Australia this week and next to try to finalise the treaty.

Experts have already highlighted some big issues with this IP text. Extensive proposals on patents, clinical test data and the links between patent law and processes for approving pharmaceutical products, if agreed, look like creating barriers to access to medicines in the region. There are unprecedented proposals to criminalise certain kinds of unauthorised access to or use of trade secrets that, at their broadest, could threaten journalism and whistleblowers.

Extensive criminal and civil enforcement provisions are also there. Some extraordinarily long copyright terms – yes, longer even than we already have here in Australia – are still on the table. Less widely commented on are proposals – not surprisingly opposed by Australia – that would demand changes to our local IP rules, especially in the area of trademark law (with special and potentially very broad protection for famous brands) and in our protection of industrial designs.

What’s striking about this is how little has been learnt from the past.

You see, Australia has been here before. A decade ago, Australia signed a “free trade” agreement with the US (AUSFTA). That agreement made copyright longer and expanded new rights to a wider set of creators, and strengthened enforcement (especially criminal enforcement) in a range of ways. We were told, at the time, that this would provide concrete benefits for creators: more profits, more incentives, easier enforcement.

Following AUSFTA, Australia’s trade negotiators seem to have become believers – that it’s a good idea to put strong, detailed IP rules into trade agreements. Both our recent trade agreements with Korea and Japan include detailed, pro-IP chapters with little recognition of the need for balance in IP law.

But the great promises made about AUSFTA have not been fulfilled. For example, despite all the copyright reforms, there is no evidence that AUSFTA ushered in a new period of prosperity for Australia’s copyright industries.

According to the industry’s own figures, the Australian copyright industries contracted by 1% per annum between 2006–2011. Employment in these industries also went backwards. Enforcement, it seems, continues to be a problem, at least according to recent submissions to the Attorney-General’s Department.

There are, of course, many explanations, unrelated to copyright law, for the state of the industry. The point is, we should be treating with strong scepticism any claim that IP chapters in trade agreement will underpin growth for these industries. The evidence in favour of the AUSFTA approach – now being repeated in the TPP – is lacking. Continuing to push such an approach is the opposite of evidence-based policy-making.

In fact, if you look at the outcomes of the IP chapter in AUSFTA carefully, you would have to say that the larger IP owners who demand ever more extreme and detailed treaty rules in the TPP should be careful what they wish for. AUSFTA has backfired on rights holders, in two important ways.

First, AUSFTA caused a backlash and a rebalancing. AUSFTA was a public relations disaster for IP law. Politicians became convinced that a rebalancing of IP rules was needed. And so copyright owners got longer copyright, and criminal liability to cover the kind of personal behaviour that, so far as I’m aware, has never yet been the subject of a prosecution. But to balance these extensions, the Australian government also, under political pressure, introduced broader exceptions too. It’s not at all clear that there was a win, overall, for copyright owners.

An unbalanced IP chapter in the TPP will cause a similar backlash. Public reactions to other attempts to expand rights since – in the Anti-Counterfeiting Trade Agreement, and the US Stop Online Piracy Act – have given rise to even more public controversy, and the very public rejection of both initiatives.

Second, and more importantly, the inflexibility of the AUSFTA text – its painful specificity, especially on copyright – has stood, or stands, in the way of reforms that copyright owners want. AUSFTA text, for example, makes it much more difficult for the Attorney-General to achieve his current goal of making internet service providers responsible for their customers’ infringements. Some options on retransmission of television signals that were considered recently by the Australian Law Reform Commission, and had a range of supporters, were precluded by AUSFTA.

There’s some evidence in this new leaked text that the TPP IP negotiators have responded to the concern about balance and backlash. Finally, we are seeing some attempts to bring in some public interest considerations (they don’t go far enough, but it’s a start). But the negotiators don’t seem to have learnt that putting in too much detail harms users and rights owners alike.

On some points, this new TPP draft is more detailed, more specific, more constraining than AUSFTA. We have not learnt from the past – and I hope the trade-off is worth it.

Kimberlee Weatherall is a member of the board of the Australian Digital Alliance, which seeks to pursue balanced copyright law. The views in this article represent her own personal views based on her research and should not be attributed to the ADA or any other organisation.