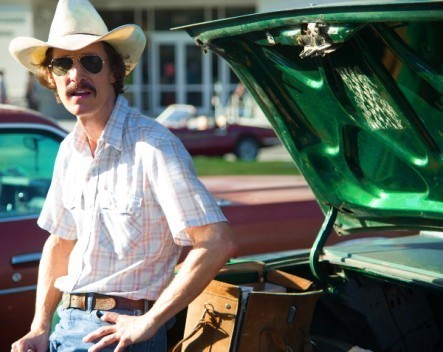 The Dallas Buyers Club LLC v iiNet case appears to have come to an interesting junction yesterday when Justice Nye Perram moved to dismiss the case “in its entirety”.

Justice Perram had already said in August that DBC’s contention was “surreal”. This week he added:

[…] it needs to be kept in mind that what is before the Court is a preliminary discovery application, not Ben-Hur.

Dallas Buyers Club, staring Matthew McConaughey, Jared Leto and Jennifer Garner, made A$2,761,258 at the Australian box office and was ranked 75th overall for 2014. But the maker, Voltage Pictures, is arguing that many Australians watched the movie after illegally downloading it via the internet.

This is a case many Australians became aware of in April of this year when the same judge ruled in favour for DBC to gain “access to the private details of the 4,726 iiNet account holders”. Each had allegedly had their IP address registered for the downloading and/or sharing of the Dallas Buyer Club film.

Justice Perram said he didn’t want DBC LLC to use the “speculative invoice” approach used in other countries, where the studio sends a letter demanding a large sum to the downloader in the hope they will pay up rather than contest the figure. To prevent this a bond of A$600,000 was set. But it was still unclear how much DBC LLC intended to make the alleged pirates pay.

DBC LLC intended to gain damages for the following:

The latest claim by DBC LLC said it would only ask for the cost of an individual license fee in addition to its court costs. Each person would also receive a claim for the same amount, rather than the previous approach that the amount would be reflective of the individuals income.

But yesterday Perram made it very clear he was not content with the progress by DBC LLC and said “some finality must now be brought to these proceedings”. He added:

What I will do is make a self-executing order which will terminate the proceedings on Thursday 11 February 2016 at noon, unless DBC takes some step before then.

This could result in the entire case ending with no resolution other than an expensive exercise for DBC LLC.

But does this case really matter and has it had any real impact?

Since the proceedings commenced in April, the media landscape, government policy and piracy levels in Australia have changed.

This year there have also been changes made to copyright policy by the Australian government. The Copyright Amendment (Online Infringement) Bill 2015, while arguably the wrong approach, gives the film studios an alternative to a lengthy drawn out case like that of DBC LLC. The approach is intended to block access to the websites sharing the illegal content, rather than the individuals downloading the content.

But it could be that both the DBC case and the copyright policy have come too late for most Australians. As many have already changed their approach to illegal downloading.

This year the biggest change has come with the introduction of video on demand services (VoD). The uptake of such services, in particular Netflix, has been much greater than had been expected. A recent report by Australian Communications and Media Authority (ACMA) revealed that “53 percent of Australians used online video services in the six months to June 2015”.

The uptake of VoD services has contributed to a decrease in piracy due to Australians now having access to media content at a lower price point, previously not available. Access was one of the major arguments put forward previously by Australians for their pirating habits.

If the DBC case is to conclude with no real outcome, what message does this send to those Australians still illegally downloading? What will the approach of the copyright holders be in the future to tackle the illegal downloading of their content?

We could see another test case by another studio, maybe this time with a higher ranking box office film. It would be interesting to see Disney’s reaction if the new Star Wars movie, The Force Awakens, was the focus of any illegal downloading. What would be their approach and how would it differ to DBC LLC?

The DBC case has clearly shown the complexities of such a case and the difficulties that any studio will face in Australia when making attempts to tackle piracy when chasing individuals.

Piracy in Australia and the DBC case, as the judge rightly says, are not as big as as Ben-Hur, and there are clearly already positive moves toward piracy’s decrease in Australia that have occurred this year.

But what will be the next move by DBC LLC now that they have already started the lengthy legal battle? We’ll have to wait until noon on February 11 to find out.