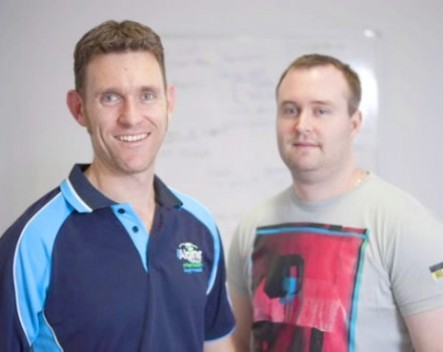 A Wollongong-based start-up, CriticalArc’s primary product is a security system that uses GPS-technology and smartphones to help security teams see and coordinate responses to incidents.

The system is operational in three universities in Australia across 10 campuses, and co-founder and chief executive Glenn Farrant says they’re working with another 11 Australian universities.

CriticalArc spoke to StartupSmart when they launched their funding round in late May, shortly after winning the pitching competition at leading start-up event SydStart.

Farrant today told StartupSmart the funds, of which a quarter came from Commercialisation Australia, will enable their international roll-out.

“We’ve spent most of the last year investigating the opportunity internationally and we’ve validated a massive opportunity in the UK. In order to meet that interest, we needed to raise capital,” Farrant says, adding they’re in final negotiation stages with a range of universities in the United Kingdom.

The international validation began with cold calls and emails, but Farrant said the three visits they made to the UK were essential to get the sales across the line.

“The visits were absolutely vital. There is no way we could have done the second two-thirds of the sales process remotely. It’s very much an enterprise sales process, to be there in person to understand their needs and environment and talk them through how it works and what they want,” Farrant says.

The team has embarked on a similar customer acquisition strategy in the US.

“We need to understand the conditions in each market. We don’t make the assumption that it’s the same as Australia. We assume there are differences and we’re ready to tailor the product and the pitch appropriately,” Farrant says.

He says they learned a lot about the system during their validation and sales process in the UK.

“We discovered it’s not just seen as an app. It’s seen as a security system that’s viewed in a similar way to the multi-million dollar, fixed infrastructure systems such as CCTV. So we now know we have the opportunity to seriously disrupt these major systems with our cloud offering by integrating the existing systems and infrastructure on site,” Farrant says. “We thought we were the next step in the security industry, and we’ve able to validate that.”

The CriticalArc team will remain based in the Illawarra region of NSW. The funds will go towards expanding the team here, a UK-based sales team and travel costs for Farrant and other key team members between their new international market and Wollongong.