Equity crowdfunding: Why Australia needs to learn from Italy’s mistakes 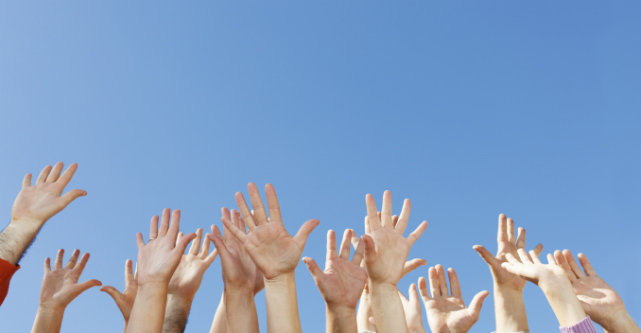 Australia can learn from Italy’s mistake in limiting companies that can access crowd-sourced funding, as the government examines changes to the Corporations Act.

The Corporations Amendment (Crowd-sourced Funding) Bill 2015 proposes changes that are designed to encourage small businesses to use crowd-sourced funding, while providing protection to investors.

However, the restrictions it is placing on business present a key obstacle to the promotion of entrepreneurship.

Crowd-sourced funding uses online platforms to allow businesses to raise small amounts of money from a large number of investors in order to fund a particular project. In return for their investments, investors receive securities in the form of shares in the company.

In Australia, the Corporations Act has played a role in limiting the development of this form of finance. The legislation requires a public company to issue costly disclosure documents to the general public before it is able to raise any equity funds from the market.

Even though the Corporations Amendment Bill allows companies to raise a maximum of five million via this type of funding, only a very restrictive amount of companies are able to rely on this form of finance. In fact, 99.7% of companies, the majority of which are small and medium enterprises, are unable to rely on crowd-sourced funding.

The bill assumes that companies that fulfil these requirements will be small and medium enterprises. However, the total assets and revenue tests combined with the governance costs of running a public company will deter these same businesses.

The only other country which had imposed strict restrictions on companies that can access crowd-sourced funding, similar to those on the table for Australia, is Italy.

Italian law only permitted businesses classified as “innovative startups” to rely on crowd-sourced funding. Very strict rules apply to this classification: the definition requires a business to have been in existence for no more than 48 months and be recognised as “innovative” by the Chamber of Commerce, a concession that has to be updated every six months.

A business may be viewed as innovative if its purpose, for example, is “the development and commercialization of high-tech value products or services”. The strict classification excludes a number of businesses including many startups, which goes against the reason for having introduced the legislation in the first place.

Consequently, since the introduction of the exemption less than 20 projects have been able to rely on crowd-sourced funding to raise the capital necessary for them to get off the ground.

Further, the total amount raised through the crowd-sourced funding exemption has been less than €1.5 million. For this reason, in 2015, the Italian government expanded the eligibility criteria from “innovative start-ups” to “innovative small to medium enterprises”.

The Australian Corporations Amendment Bill tries to tackle this problem by providing some incentive for these companies to convert into public companies. It notes that limited governance requirements for five years may apply if a company has just been created or they have recently been converted to a public company and they plan to raise capital via crowd-sourced funding.

There are concessions for such companies. For its first five years, a company is not required to hold an annual members’ general meeting, it is only required to provide online financial reports to shareholders and the restrictions do not apply until it raises more than $1 million from crowd-sourced funding or other offers requiring disclosure.

Despite this effort, the bill exemptions are unlikely to encourage a proprietary company to convert into a public company as the current concessions are really minimal. One of the concessions is the fact that a company who is converted into a public company does not need to appoint an auditor. However, this concession will not apply if the same company successfully raises more than $1 million.

Further, costly continuous obligations under the Corporations Act 2001 will apply as the company will be deemed as unlisted disclosing entities. Half-yearly reports will also then be required to be provided by such companies. Broader concessions may be needed to ensure that the company does not have continuous disclosure obligation imposed on it for a certain period of time.

Another big gap in the bill is that it completely ignores social enterprises and not for profit organisations who may really benefit from crowd-sourced funding.

The bill does make a positive step in enhancing investor and consumer protection. A $10,000 cap per investor in a period of 12 months (with the possibility of altering this cap by regulation) will be introduced.

However, this cap is the maximum amount that can be raised by an individual on one platform and in the same company. This encourages investors to diversify their investments and will allow them to invest in other companies if they wish to do so.

The bill need more work to achieve its aims of promoting entrepreneurship while at the same time providing the necessary protections to investors.

Marina Nehme is a senior lecturer at the Faculty of Law at the University of New South Wales.