Crowded out: how crowdsourcing for startups turned into business as usual 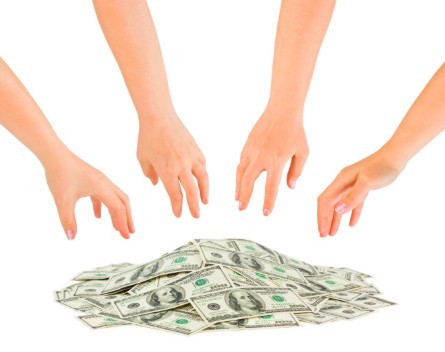 Crowdfunding has been hailed by some as the “democratisation of finance”. To many, it is viewed as a key alternative source of finance where we can all get involved in backing new companies through either donations or the purchase of equity.

There are several new financing models that use the umbrella term of crowdfunding, but they can be fundamentally different. In theory, “equity” crowdfunding lets large numbers of small investors invest in firms via online platforms – or “mini stock markets” for start-ups – regardless of their location.

From a business perspective, firms should be able to draw upon a wide range of funders in the crowd, who they might never have known existed, to fund, develop and grow their businesses.

What we’ve found is that equity crowdfunding isn’t as “new” or “inclusive” as people first envisaged.

The UK was one of the first countries to grant regulatory approval to equity crowdfunding and, through various tax incentives, has become something of a unique “laboratory” for this form of entrepreneurial finance. We have witnessed a massive growth in equity crowdfunding.

It appears to be doubling in size every year, spawning well known platforms like Crowdcube, Seedrs and The Syndicate Room. In the space of three years Crowdcube alone has raised over £100m in capital for over 300 start-ups.

During 2015, we undertook the largest in-depth study to date, examining equity crowdfunding in the UK, interviewing over 60 British start-ups to get their views of why firms use equity crowdfunding, how the process works and the benefits it brings to firms.

Some of our findings confirmed what is already known – that it is filling the funding gap for young start-ups who no longer consider banks as a source of early-stage growth capital. Indeed, many start-ups are attracted to the speed with which they can raise funding and like the lack of strings attached. There are also important intangible benefits to firms from the process, such as firm valuation, product validation and media exposure.

However, some other findings were unexpected. Contrary to the idea that crowdfunding is a transaction between firms and the “crowd”, seamlessly brought together through the internet, we found that deals were often driven by pre-existing networks of investors.

Roughly around two-thirds of the crowdfunding campaigns in our study were “pre-seeded” and backed by business angels (professional investors), with the crowd playing a “supporting role” where small investors are issued B-class shares that have no voting rights attached.

These professional investors are investing heavily in businesses that they know of and which are often located nearby to them; the crowd then “herd” towards firms who obtain pre-seed funding. So in many cases, equity crowdfunding isn’t really a new or “alternative” source of funding, but rather a repackaging of more traditional start-up funding.

As an internet-mediated form of funding, in theory, firms should be able to access equity crowdfunding irrespective of their geographical location. In reality, however, there seems to be a large “north-south” divide in terms of successful deals, with around half of all the deal flow emanating from London and the south-east.

There are a number of potential reasons for this. For example, the majority of platforms are located in London and we have found that word-of-mouth referrals through business networks are still very important in both identifying and accessing crowdfunding platforms.

Many businesses also want to speak to platforms “in person” before committing to a campaign (rather than engaging virtually), and so being within visiting distance of a platform is important. So despite the internet-mediated nature of crowdfunding, where distance should be irrelevant, it is strongly concentrated in the London and the south-east ecosystem. We are currently exploring this trend further.

Tip of the iceberg

Few non-professional investors have the knowledge to undertake their own due diligence on firms before they invest nor do they offer firms any additional value (for example through advice or support) on top of their financial contribution.

Indeed, some start-ups have referred to the crowd as “dumb money”. Observers have also questioned the highly inflated valuations of some of the firms funded through equity crowdfunding, many of which are internet-based firms linked to the so-called “sharing economy”, and operating in consumer-oriented markets with no intellectual property or recoverable assets.

Given the high failure rate of new start-ups generally, and the nature of most crowdfunded businesses, few non-professional investors are likely to see a return on their investment any time soon.

Despite these reservations, given the current growth trajectory of equity crowdfunding, what we’ve seen so far may just the tip of the iceberg. However, icebergs can sink ships. While providing an important source of start-up funding, equity crowdfunding raises a number of thorny issues in terms of investor returns, investor protection, sustainability and the need for proper regulatory safeguards.

Crowdfunding has been heavily promoted by organisations such as NESTA but the way it actually works is strangely familiar. We thus advocate a more critically informed discussion about equity crowdfunding, especially given the UK’s heavily deregulated and proactive fiscal policy environment for this emerging source of entrepreneurial finance.