Digital death and the digital afterlife: How to have one and how to avoid it 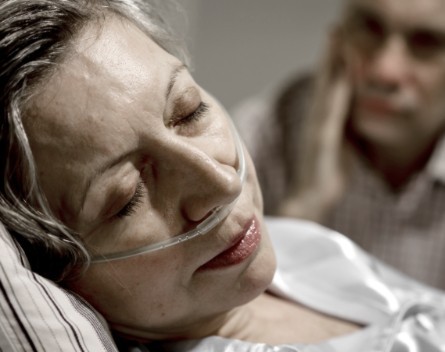 In 2012, the UK’s Sunday Times reported that actor Bruce Willis was going to sue Apple because he was not legally allowed to bequeath his iTunes collection of music to his children. The story turned out to be false (and shockingly bad journalism) but it did start a conversation about what we can, and can’t, do with our digital possessions.

It turns out that “possessions” is actually a misnomer. We actually don’t own the music, books and movies we “buy” from Apple and Amazon. As Amazon puts it in its license terms, “Kindle Content is licensed, not sold, to you by the Content Provider”. In other words, we are allowed to read the content but we are not allowed to pass it on.

It comes as no surprise then that 93% of Americans surveyed were unaware or misinformed when asked about what digital assets they were able to pass on in the event of their death.

But the problems don’t stop there. Relatives of the recently deceased are frequently left with a range of decisions and challenges when it comes to dealing with their online accounts, especially social media. This is not made easier by the fact that every company implements different strategies in dealing with accounts belonging to a deceased user, coupled with the fact that in the UK in 2012 at least, the average user had 26 accounts. In most cases, getting an account shut down requires close family to produce a range of documentation to prove that they have the right to request that the account is terminated. This doesn’t allow for those relatives to get access to the content of the accounts however.

Taking a lead in making the process of handling accounts of the deceased simpler, Google has implemented their Inactive Account Manager. This allows anyone to specify what should happen in the event that an account has not been accessed for at least 3 months. Up to 10 people can be notified and the contents of the accounts, including services such as YouTube and Google+, shared with them. Alternatively, the accounts can simply be automatically deleted.

Facebook will, on request, “memorialise” a person’s Facebook page. This freezes the page with the same permissions as it had when it was last accessed by the user but will stop the page from being discovered in a search and will not actively promote the page to others.

The role of social media in the bereavement process has been the focus of an increasing amount of research. Generally, it is thought that social media can help in the bereavement process, although the persistence of a person’s profile online may make final acceptance of the passing more difficult. An interesting finding has been that when people post on a memorial page, they frequently do so in the present tense as if the person was still alive.

In the UK, a survey has found that 36% of people would like their profiles to continue being available online after they die, with a larger proportion of 18-24 year olds preferring this option than over 55s.

It doesn’t have to stop there. There are now services which allow you to continue Tweeting after you die using a bot that has studied your tweeting style. Other services allow users to send final messages via Facebook and LinkedIn.

Digital estate planning is starting to become more of the norm and people are being prompted to think about what they want done with their digital assets and accounts after they die. This is going to be a significant issue for social media companies in the future. Since Facebook started, about 10-20 million users will have died. This number will increase and eventually overtake the number of living users on the site, by one estimate, in 2060.

In one humorous envisioning of the future, Tom Scott has produced a disturbing possibility in his video “Welcome To Life: the singularity, ruined by lawyers”. In it, he describes a corporate sponsored network as a resting place for the digital version of your consciousness, that is, of course, ad sponsored. In this case as with the question today, it is perhaps best for all if your online social presence ends when you do.