Don’t be ripped off by suppliers: Consider the total cost of your purchases 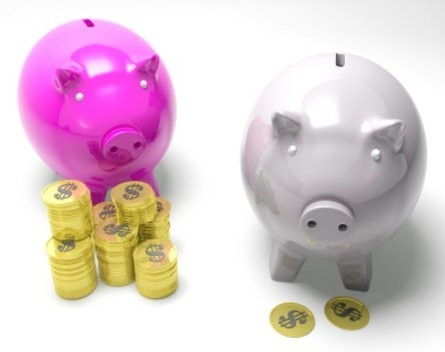 Over the past few days, your humble correspondent has examined freemium price structures, as well as razor-and-blades business models. Of course, if these pricing models don’t apply to your industry, it’s easy to shrug your shoulders and say “so what”.

Well, Old Taskmaster says it’s time to turn the proposition on its head. Your business is a customer of other companies, after all. You need to be familiar with different pricing structures to ensure you aren’t being ripped off by your suppliers.

Of course, this raises the next question: How do you compare the prices of suppliers with different business models and pricing structures?

Especially once you consider that some businesses put most of their charges upfront, while others use subscriptions, a freemium model or a razor-and-blade model, it can get rather difficult to accurately compare prices.

The answer is to look at the total cost over a reasonable time-frame. For many products, that’s around two years or 24 months, although it can be longer or shorter depending on the product.

Sure, it can often be tempting to look at the up-front costs of products to choose the cheapest. However, this can be misleading.

Here’s a simple example. Imagine your business is evaluating two multifunction printers – a classic example of the ‘razor and blade’ business model. One is $50 and the other is $100. Based solely on the up-front costs, the $50 printer is clearly the less expensive choice.

But let’s suppose the toner cartridges for the cheaper printer cost $40 and $30 for the less expensive one. Let’s also assume that your business will run through a cartridge every two months or so.

Notice in this example the upfront costs are a small part of the overall cost. This is quite common in razor-and-blade and subscription service models.

Looking at the total cost of ownership can also make it easier to compare products sold under different pricing models.

Here’s a second hypothetical example. If you’re comparing a $300 piece of software with a $20 per month cloud-based subscription that does the same job, the total cost over 24 months becomes a viable way to attach a firm number. In this example, you can say purchasing the software costs $300 over 24 months, compared to $480 for the cloud service.

Of course, when you come up with these figures, it’s important to also estimate related costs, including things like staff and productivity.

Building on the last example, if you don’t have strong IT skills, buying the cheaper $300 package might mean hiring an employee to maintain it at, say, $50,000 per year, which changes the entire equation. Compared to $100,300 in software and wages, the $480 subscription is an absolute bargain.

So are you looking at making some purchases in the near future? Don’t just look at the upfront cost. Don’t accept an offer is good on a salesman’s word. Take the time to figure out the total cost of ownership.