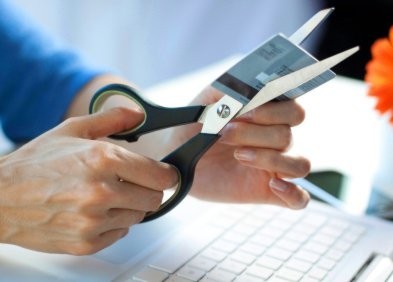 Veda, which provides consumer and commercial data intelligence and insights, has released its Quarterly Business Credit Demand Index for January to March 2013.

The report found the growth rate of business credit applications has been easing, after reaching a relatively strong rate of 6% in the September quarter of 2012.

Growth in overall business credit applications eased in both mining and non-mining states, although the mining states fared better overall than their non-mining counterparts.

In NSW, enquires contracted by 0.4% and were close to flat in Tasmania, growing by just 0.8%.

Growth in business loan applications also eased year-on-year, with an overall increase of 5.4% across all states. WA was the strongest state, recording an increase of 10.5%.

In contrast, easing in the growth of loan proposals, credit card enquiries and overdraft enquiries was evident in South Australia, NSW and Queensland.

Moses Samaha, Veda’s general manager of commercial risk, says this type of credit has historically defied seasonal trends and major impacts such as the global financial crisis, so the decline in demand is concerning.

“Two quarters of contraction in trade credit is a worrying sign that suggests businesses are either not seeing sales come through the door or choosing to not extend credit to one another,” he says.

Moses says the weakening of overall business credit growth is also a concern.

“Lower interest rates do not appear to be giving many Australian businesses the confidence to take on additional credit,” Moses says.

“We are witnessing a continued slowdown in the pace of growth of business credit activity, a trend which may indicate that the medium-term outlook for GDP growth does not look good.”

Veda predicts slowing credit demand could see GDP growth of less than 3% in 2013.

The fact business credit growth has eased across both the mining and non-mining states is, according to Veda, a “red flag” for the Australian economy.

The report shows growth in business credit applications across the mining states eased from 4.8% in the December quarter to 3.1% in the March quarter.

In the same period, growth across the non-mining states eased from 3.2% to 1.8%

Meanwhile, the pace of growth in asset finance applications picked up in the March quarter but this growth is still weaker than six months ago.

The mining states continue to show stronger growth than the others states, with Queensland recording the biggest increase of 8.8%, but the pace of growth in the mining states has eased over the past six months.

However, Moses says there is some good news for start-ups.

“It is encouraging to see the big banks upping their media presence around business banking and making pledges to the small business market,” he says.

“No doubt the impact of this is yet to be seen.”

Last month, ANZ announced a plan to lend $1 billion to new businesses over the next 12 months in a bid to become Australia’s most start-up-friendly bank.