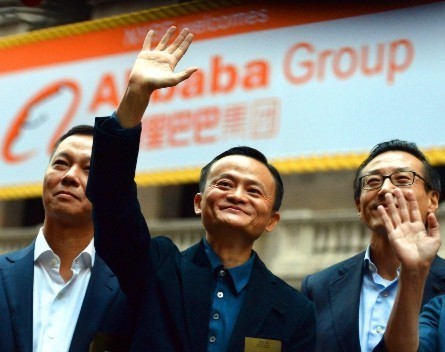 The story of Chinese e-commerce company Alibaba has become almost as magical as the original Arabian story that gave it its name.

It has become compelling because of the dazzling success of its public listing on the New York Stock Exchange last Friday. Alibaba’s shares opened at $92.70, already some 27% above their listing price of $68 and ended up raising US $21.8 billion for the company, making it the world’s largest technology IPO. Alibaba is now valued at $231 billion, making it bigger than Facebook ($200 billion), Amazon ($150 billion) and eBay ($65 billion).

The curious aspect of this phenomenal success is that immediately prior to the IPO, the general US public were largely unaware of the company, what it actually did, and why it would be worth that much money. A poll held on the 18th September in the US showed that only 12% of those surveyed had ever heard of the company or the IPO. In the case of Alibaba’s IPO, what was important was not its visibility with the US general public, but with the institutional investors involved in the initial allocation of shares.

The emotional drivers of the stock market

It is easy to assume that when it comes to buying and selling shares that the large investment banks, fund managers and brokers are all acting on the basis of objective calculations and financial models. Behind the rhetoric however, are decisions based on emotions. Not only is there good evidence that emotions drive a great deal of the day-to-day trading, even in the professional and seasoned trader, but that key events such as IPOs are driven in much the same way. This is perhaps stating the obvious. The price of shares will ultimately be decided by what buyers in the market are willing to pay for them and so if there is a collective view that a company is worth a particular valuation, then it doesn’t really matter what the company fundamentals are actually saying. In the case of Alibaba, sentiment is being driven by a rich and gripping story that could well have come from the “Arabian Nights”.

The hero of the piece is of course Alibaba’s founder Jack Ma who started his working career reputedly as a street seller and english teacher and last week became a multi-billionaire worth $18.5 billion. Ma is a true maverick who professes no technical knowledge and is prone to spontaneous decisions about how his money is spent. He bought half of the Chinese Guangzhou Evergrande Football Club after discussing the deal over drinks. But he has built a company that is growing faster than Amazon and is making a consistent profit, which Amazon has been unable to do.

The backdrop to the story is China, where e-commerce is set to overtake the US this year, heading towards being double its value by 2016. Even before that happens, China’s online commerce is already breaking records. Single’s Day, a special online shopping day held each 11th November, saw Alibaba process $5.75 billion in sales last year. This was 2.5 times more than the total sales on Cyber Monday in the US, a special day of sales held by companies like Amazon and eBay.

Trials and ordeals in the hero’s journey

Of course, no story of the hero’s journey would be complete without the tests and ordeals. Academics have already warned that the corporate structure of Alibaba, with a few people wielding enormous power, represents an enormous governance risk. The corporate structure is partly a reflection of how the company has had to structure to get around regulations in China, but also in part to deals that Ma did with early investor companies like Yahoo and Softbank. Yahoo was forced to sell 121.7 million shares at the offering price of $68, potentially losing nearly $3 billion if they had been able to sell them on the open market later that day.

Other challenges range from normal concerns of competition through to ongoing issues with the quality of traders and fake products on Alibaba’s sites.

The Alibaba story was captivating enough to make investors clammer after their shares on the opening day. Of course, investors could also have simply been displaying the irrational exuberance that accompanies an Internet stock bubble. In any event, it is still a story that has a long way to play out and it is guaranteed to be a page turner.