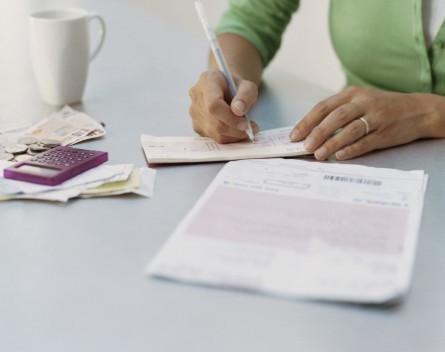 The study surveyed graduates of Goldman Sachs’s 10,000 Small Business Program and found the gender gap that exists in the workforce also exists amongst entrepreneurs.

The study found female entrepreneurs who graduated from the Goldman Sachs’ program had entered it with average salaries that were 80% those of their male counterparts.

Patricia Greene, the author of the study and a Babson professor, told the New York Times she could not explain the disparity but planned to investigate it.

The Goldman program began in 2010 and has graduated more than 1500 entrepreneurs with just about half women.

When graduates were asked six months after graduating, they had narrowed the salary gap, to 8% from 20%.

The study identified two potential reasons for this change.

“First, the participants in the program learn through the curriculum the importance of paying themselves, and reporting in their financial statements, a liveable salary to demonstrate fiscal health to potential funders,” the report states.

“Second, through the peer connections made in the program, participants have the opportunity to learn about the ‘going rate’ for their own salaries and develop the confidence to value their own time.”

In Australia, research by the Australian Women Chamber of Commerce & Industry shows that 51% of self-employed women do not pay themselves a wage.

“It is time for corporations and government to start including women in their supply chain so that women can remain in business and employ other women.”

Springboard Australia’s chair, Wendy Simpson, says the feedback she gets from investors is that the gender gap is often more than just pay rate, it includes company cars.

“A lot of male entrepreneurs put that on the balance sheet of their company and it is often quite an expensive car,” she says.

“We do see a difference and we see the women use the investor’s money for things they believe are far more core to the business and sometimes they understate their own financial needs.”