Finding cash for a business by re-mortgaging your home: Start-ups are Scary 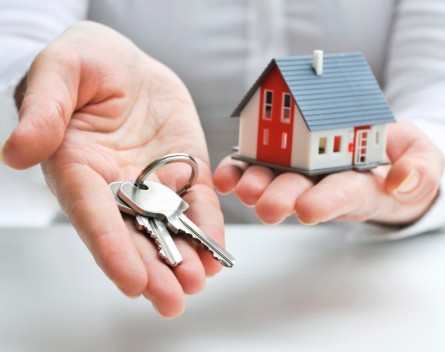 Belinda Jennings is building a business empire around the challenges of being a mum, but had to run her fair share of risk to launch the business, including re-mortgaging her home and quitting her job with two kids aged under three.

“Entrepreneurs talk about skin in the game a lot. I had everything on the line, my career, my home and my family to make Australian Baby Bargains and Mum Central happen,” Jennings told StartupSmart.

After receiving a monthly eBay bill for selling second hand baby goods that included over $200 worth of fees, new mum Jennings created a Facebook page for parents who wanted to sell their second-hand baby wares without fees in late 2010.

With the page facilitating connections creating thousands of dollars in transactions and conversations flowing, Jennings returned to work as an executive assistant.

But once online momentum begins, it can quickly escalate and take over. She realised if she dared, she could turn the burgeoning community into a business if only she could find the right model.

“Everyone kept telling me a free community would never work from a commercial point of view. But free access for mums was why I started the whole thing, so I had to find another way,” she says.

She began to bring on advertisers in early 2011.

“With a toddler, full time job and evenings full of Baby Bargains, I was getting overwhelmed. We were getting traction and I needed to act on it. Then I discovered I was pregnant with my second son. It was now or never,” Jennings says.

Jennings took maternity leave. But she needed money to grow the business. She and her husband decided to re-mortgage their Adelaide home for a $150,000 line of credit.

“We made a massively scary decision. My husband has always supported me but that was so far outside his comfort zone. Mine too actually. It was an intense conversation. But he got it,” she says.

After a couple of website development hassles that kept her up overnight with churning panic and her family home on the line, she launched the national site in August 2012.

“We had just graduated from the Innovyz Accelerator, we were racking up debt and the available balance was shrinking. And my leave was almost up. It was taking off and I was breathing a bit better every day,” Jennings said.

Late 2012 was a turning point for Jennings, who realised the time had come to give the company her all.

“Mortgaging the house was scary, but quitting my job and cutting away that safety net was terrifying,” she says. “I was again putting myself out on a limb because even though you plan everything, you’re always a bit at the mercy of the universe.”

The make-or-break moment came as Jennings read over the contract her three investors were about to sign.

“I kept putting off quitting, but once I took on investors, I realised I could never go back to my full time job and had to just get it done.”

Two years into her entrepreneurial journey and in July 2012, Jennings cut the cord to employment.

“I felt massive relief, but it’s all or nothing. The pressure is heavy. You’re making a big commitment to your family and to your investors. They all bought into your potential so you had better deliver,” she says.

Being brave but not gung-ho allowed her the time to test her idea and grow a supporter base into the hundreds of thousands, but more importantly, it helped her learn to trust herself.

“A start-up always requires a leap of faith, but you don’t need to go full throttle into it straight away. I’ve changed so much in my belief in myself and confidence. I’m doing all kinds of things now that had you asked me two years ago, I would have freaked out,” Jennings says.

Jennings went on to launch a content-driven advice site in late 2013 called Mum Central. The additional brand opened up swathes of new advertisers who aren’t exclusively focused on babies or bargain products.

With two full-time and seven part-time staff, Australian Baby Bargains and Mum Central are about to become cash-flow positive.