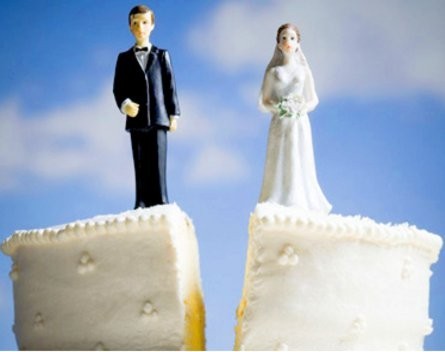 Legal services, counselling and childcare are just a few of the industries cashing in on Australia’s increasing divorce rate, according to IBISWorld, suggesting there are opportunities for start-ups.

Here are the industries cashing in:

According to IBISWorld, divorce accounts for about 6% of Australia’s personal legal services industry – generating $185 million in revenue each year.

“The complexities of divorces – involving the division of assets and the care of children or loved ones – means individuals are inclined to seek the advice of lawyers,” Dobie said in a statement.

“Key services provided by firms specialising in family law include the provision of advice, litigation, alternative dispute resolution and arbitration.”

“And during or after the process, a growing number of individuals are seeking out help and support from professional counselling services.”

In 2012-13, individual and family support services are anticipated to account for $1.9 billion, or 21.1%, of the personal welfare services industry.

The transition from a two-parent to a sole-parent, single-income household can often result in the need to work additional hours and greater difficulties in juggling childcare, IBISWorld said.

This benefits childcare and babysitting services, which are expected to generate revenue of $10.3 billion and $175.2 million respectively in 2012-13.

“Over the past five years, online dating has boomed in popularity, particularly among divorcees, resulting in a growing number of sites specialising in getting Aussies back in the game post-split,” Dobie said.

“The increasing number of divorces has resulted in increased takings for Australia’s weddings industry – with about 30% of all marriages involving at least one divorcee,” Dobie said.

“Remarriages, particularly those involving two divorcees, tend to be more subdued affairs – with the big church wedding and sit-down reception often being replaced by a garden setting, celebrant and good-quality catering company.”

A report recently released by the Australian Bureau of Statistics shows the number of people working as independent contractors in Australia decreased over the last two years.

In November 2012, almost 980,000 employed people were independent contractors in their main job.

The industries with the highest proportion of independent contractors were construction (29%), and administrative and support services (21%).

According to census figures, the most common full-time job is technician and tradesperson in the construction industry. There are 333,298 people employed in the role and 99% of them are male.