Five ways to raise money for your brilliant app idea 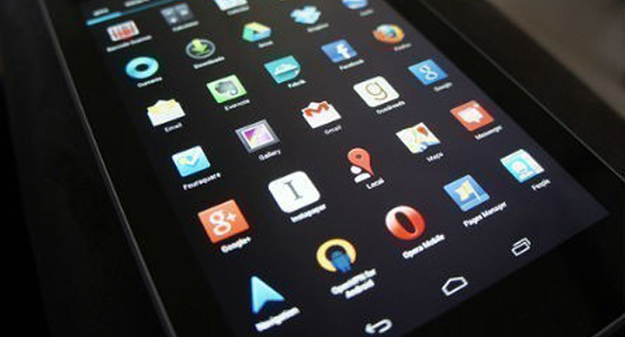 Having a great app idea is only half the battle. Eventually you’ll need to find the money to make it a reality. Unfortunately, raising money for apps can be one of the biggest obstacles most will face in the mobile development process.

Knowing your options early can greatly reduce the time and stress involved in overcoming this challenge.

Bootstrapping is where nearly all great ideas get money from first. It involves self-funding your project by using existing resources and scraping together all you can from your personal funds and assets.

The benefit to this is that you retain full control of your business. You won’t be in debt to a third party or obligated to show results. Instead it will show investors later down the line that you are confident in your idea. After all, if you’re not willing to put at least some of your money into the project why would someone else?

For many, especially young entrepreneurs, bootstrapping isn’t an option. Others may not be yet ready to fully commit to financiers. In both cases the next best option is asking friends and family for help. You’ll still maintain control while getting an introduction into the world of investing. There is less obligation, less paperwork, and less demand.

Manage expectations from the outset by presenting a business plan outlining what your app will do, how you’ll use their money and how you hope to make a profit. This is also a great opportunity to start developing your pitch.Just be sure to make clear whether you’re asking for a loan, an investment or a donation.

One of the newest and fastest growing ways to raise money for an app is crowdfunding, which involves pooling money from a large number of people, usually via a website. Many are turning to crowdfunding platforms before seeking loans or investors, and often can raise enough so as not to have to pursue those other avenues, at least in the short-term. It can allow you to maintain control but requires a lot of time and energy without any guarantee in some cases of getting any money.

Crowdsourced funds can be donations, equity based or require rewards, such as gifts and giveaways. Probably the most well known platform is Kickstarter, where you set a funding goal and people make online pledges in return for various rewards. If the pledges you receive meet or exceed your goal then you keep the funds. If they don’t, you get nothing. Other popular crowdfunding platforms are Indiegogo and GoFundMe. Here’s a list of several Australian crowdfunding sources and a guide through the entire process.

A business loan can be a good way to raise capital if you have a strong business plan for your idea or have begun to show traction on an app you’ve built. With good credit and by meeting certain requirements you have the possibility of raising anywhere from a few thousand to several hundred thousand dollars. The difference between loans and the other funding methods on this list is that no matter what, you have to pay them back with interest.

Traditional banks are more likely to offer loans but do so at a higher interest rate to minimise risk. Government-backed loans offer lower interest rates but have stricter requirements.

Government grants are an alternative to both and do not require you to pay them back. However, they are usually industry specific and harder to obtain. The federal government does a good job of outlining the various grants and assistance programs they offer.

One of the most lucrative, and often hardest ways to raise funding for an app is through investors. There are several types of investors who may involved in different stages of your business.

Angel investors are wealthy individuals who invest in startups and businesses in their early stages, usually providing less than a million dollars and most often between $25,000 and $250,000. If you have an idea for an app but aren’t far along in development then angels are a good option.

A venture capitalist (VC) usually consists of professionally managed firms that focus on later stage businesses and invest several million dollars. While a VC can help in the early-stages of development, they can be difficult to attract and so should normally not be a first choice.

Regardless of which investor type you choose, you will need to create a return agreement, usually in the form of  equity or convertible debt.

Startup competitions and incubators can also be a great way to raise capital and share your ideas. Here’s a list of incubators found in Sydney and others throughout Australia.

As a rule of thumb, the best time to raise money is when you don’t need it. This gives you more flexibility and control over the direction of your app. However, this won’t always be an option, especially since most investors want a proof of concept before getting involved. That’s where the first methods on this list come in handy, putting you in a better position to get the big money later on.

With a little planning and a whole lot of persistence there’s no reason why you can’t find the funds you need to get your brilliant app idea off and running.

Want to know more about developing your great app idea?  Feel free to reach out to us at AppsWiz for a confidential chat.