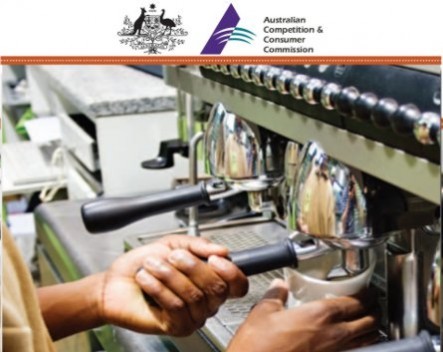 The long awaited publication on Friday of the government’s review of the Franchising Code of Conduct has been welcomed by the franchising sector.

The Franchise Council of Australia and the Franchise Advisory Centre have both backed the 18 recommendations in the review conducted by franchising expert Alan Wein.

The major change pushed by the review is its recommendation to incorporate the common law duty of good faith into the code, rather than devising some new and different definition of good faith.

The report also rejected calls for mandatory extension of franchise agreements, and compensation at the end of the franchise term.

The review found the Australian franchise sector operates well. Wein wrote that the Franchising Code of Conduct is “a robust model” and “generally operates effectively within a very dynamic and difficult economic environment.”

Wein also noted the relatively low levels of complaint and disputation in the sector.

Stephen Giles, partner at law firm Norton Rose and deputy chairman of the Franchise Council of Australia, told SmartCompany the Wein Report affirms the health of the franchise sector.

“There are good recommendations to improve disclosure and address perceptions about good faith, and also try to reduce potential red tape,” he says.

“One of the key things for us is that the Franchising Code of Conduct is a single national framework, not state-based.”

Jason Gehrke, director of the Franchise Advisory Centre, is also backing the recommendations.

“I think there is something in the recommendations for everyone,” he says.

“There are suggested improvements on technical aspects to the code which have been of concern for a while and there are things there which will contribute towards a greater level of best practice of franchising in Australia, which already is world’s best practice anyway.”

Gehrke praised the review’s introduction of a good faith provision.

“I think a definition of good faith is always problematic, so the solution that good faith is not to be defined in the code but it is to be acknowledged, is the best possible outcome,” he says.

The FCA and FAC both believe the changes advocated in the review will not increase red tape in the franchising sector.

“The key will be to make sure the actual amendments implement the intent of the review.”

Gehrke also says whether or not red tape increases depends on the translation of the recommendations, as “the devil will be in the detail”.

“Conceptually the recommendations are understandable. How they translate into the practical day-to-day conduct of a commercial entity might require a lot more detailed thought,” he says.

The changes recommended in the review have bipartisan support, so the FCA and FAC both hope they are quickly legislated.

The full report is available here.