Getting in early to avoid gender stereotyping careers 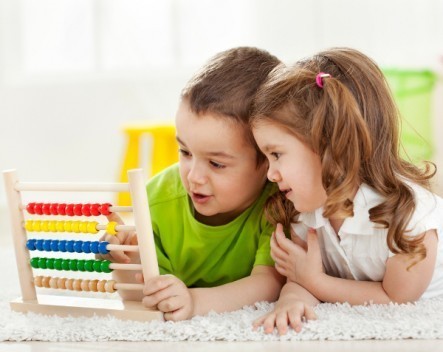 By pre-school children are already thinking about the career they will have when they grow up. It is also at this early stage that they tend to rule out jobs that do not fit with their gender.

To counter the impact of gender stereotypes on careers, many educators I’ve spoken to in my research say career-related learning should take place in early primary years. The concern is that by years 8-10 the subject and career choices of students were well and truly gender-segregated.

Evidence gathered across 50 countries showed that as a result of this gender segregation by year 10, far fewer girls pursue maths and science. The female students who do not complete advanced-level maths are unlikely to pursue the male-dominated science, technology, engineering, maths (STEM) post-school careers.

A ruling-out process occurs for boys too. Very few boys follow the typically female-dominated paths, such as social welfare, nursing and teaching. This leads to shortages of men in these key roles.

This early thinking in children about what is men’s work and what is women’s work likely comes from the roles they see around them in their families, schools, books, toys and media. A quick stroll down a toy shop aisle provides abundant evidence that few toys for girls show a non-traditional career connection.

Free to choose their careers, but…

The female students in my research said that they feel free to choose any career. But in digging deeper in interviews with them, it was clear that they were put off male-dominated careers, particularly in the trades, because of gender stereotypes.

A female student captured the impact of gender stereotypes by saying:

I don’t think they [girls] are doing what they want. They are more doing what society needs them to do, or suggests to them. Society is telling them […] boys do this, girls do that.

High-achieving female students seem to be breaking through the gender barriers in the typically male-dominated professions more than their peers in vocational education pathways. The enrolment of female university students in engineering in Australia, for example, is around 15%, although it had reached 22% at UNSW. However the enrolment of female apprentices and trainees in male-dominated vocational courses, such as electro-technology, automotive and engineering, and construction sits under 5%.

Overcoming gender segregation in occupations matters to industry and to the economy. Low female workforce participation rates and segregation of women into existing female-dominated industries contribute to labour market rigidity, sub-optimal productivity and economic inefficiency due to the under-utilisation of the skills of women.

The Minerals Council of Australia put up the “women wanted” sign to counter the upward pressure on labour costs due to skills shortages.

It matters to women who are determined to reduce the gender pay gap and improve economic opportunities for women.

It matters that men and boys also ought to be free to follow their interests and not be discouraged by lower status and wages attached to female-dominated occupations.

The average weekly earnings for female technicians and trade workers in Australia is $917, and $1304 for males. This represents a 29.7% gender pay gap.

Career practice and theory in the UK and Australia have been criticised for not doing enough to challenge the influence of gender stereotypes.

Educators I interviewed said they wanted to do more in career interventions, but they were hampered by a lack of time and resources.

A National Career Development Strategy has been developed in Australia. It recognises that career development is life-long. But it needs to be better resourced to tackle the life-long consequences gender stereotypes have for kids at school.

In the UK in 2007, a career-related learning project for primary schools was introduced with one of its aims being “to inhibit stereotyped and self-limiting thinking” of careers. The program review reported some success:

Pupil survey results showed that over the course of the evaluation, Pathfinder pupils showed a greater decrease in stereotypical thinking and greater improvements in their perceptions of the effectiveness of career-related learning in their school than comparison pupils.

A guide for teachers on how to challenge gender stereotypes through existing classroom activities without the need for new curricula and resources is being put to good use in the UK.

The NSW Department of Education and Communities continued to promote the case for career-related learning in primary schools at the Career Development Association of Australia’s National Conference in Perth last week.

Young people need to see they can be free to choose from the full range of careers – not the gendered range that has been cultivated in books, media, toys and magazines – and this kind of thinking needs to start from a young age.