Goodbye carbon tax, hello ETS: What it means for your business 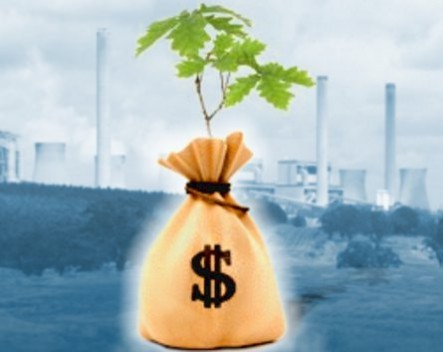 If the Rudd government is re-elected to another term this year, it will legislate a move from the carbon tax to an emissions trading scheme effective from July next year, the government announced on the weekend.

The move could see a carbon price of $6-$10 a tonne, Treasurer Chris Bowen said. However the price could be higher or lower based on market demand. Most analysts expect the price to be significantly lower than the $24.15 per tonne of carbon Australian businesses currently pay for their carbon emissions.

What does this mean for your business?

This has the potential to both help and hurt small businesses.

Peter Strong, the CEO of the Council of Small Business Australia, says there are two main ways the weekend’s announcement could impact the sector.

The first is through its impact on electricity prices, and the second is through some of the positive business incentives that were funded by the carbon tax, which are now in jeopardy.

“Not a lot of small businesses are directly affected by the tax, but its effect is in the power costs,” he told SmartCompany this morning.

“Part of the problem with the carbon tax was that few small businesses were able to pass on their costs to customers,” he said. “That’s because, if you’re a supplier to Coles or Woolworths, they make it very difficult for you to do so.”

This has meant small businesses have largely absorbed the carbon price, particularly in manufacturing, which uses a lot of electricity. But they weren’t the only ones affected.

“Any retail shops or cafes that have a lot of fridges, or big freezer rooms, were impacted,” Strong says. “If power bills go up $6000 a year because of the carbon tax, I think it’s a lot of money.”

Professor John Quiggin, an economist at the the University of Queensland, told SmartCompany the carbon tax had raised electricity prices between 5%-10%.

“So, if the price falls when we switch to emissions trading, which is what we’re expecting, other things being equal we’d see a drop of somewhere less than 10%. But that’s likely to be swamped by other factors.”

The biggest factor in electricity price rises in recent years has been a dramatic increase in the poles and wires charges billed to electricity users, Quiggin says. “And those are likely to rise further.”

The government has yet to announce many details about which programs are likely to be cut as a result of the move to an ETS, but has flagged it won’t change the compensation offered to households.

The carbon tax has funded some tax breaks for small businesses, including an increase in the instant tax write-off and the loss carry-back measures.