Government announces superannuation changes: Everything you need to know 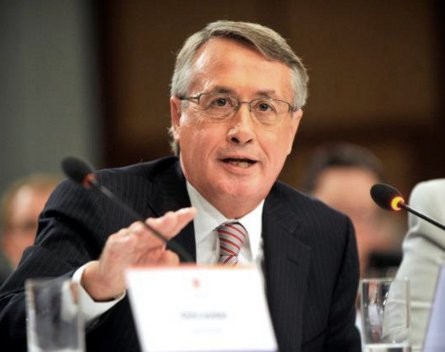 The federal government has finally announced its long-awaited changes to the superannuation system, following weeks of speculation – and the industry says it’s a mixed bag.

While there are some worrisome changes, such as capping the tax exemption on earnings for superannuation streams above $100,000, others will benefit taxpayers, such as a reform of the controversial excessive contribution penalty.

Both Treasurer Wayne Swan and Superannuation Minister Bill Shorten announced the changes this morning in a press release. The majority will target wealthy Australians with more than $2 million in their super accounts, as they are set to lose some concessions.

Overall, the pair said the savings made will earn the government $900 million over the forward estimates period.

”There is something wrong in the system where working Australians on average wages are providing excessive support to people with millions in their superannuation account,” he told reporters.

Swan also said there is no guarantee these proposals could be legislated before the September election. ”We’ll do what we can with these proposals but they’ll be going to the election,” he said.

Swan argued the changes address an imbalance between the superannuation accounts of middle-class Australians and those enjoying fatter retirement accounts.

Terry Hayes, tax expert at Thomson Reuters, told SmartCompany this morning the changes are a mixed bag, with some completely unexpected.

“Some of these are very interesting moves,” he says.

The tax exemption for earnings on superannuation assets supporting income streams will be capped to the first $100,000 of future earnings.

One new change insists members of defined benefit funds, including politicians, will be affected by the reform as well. This is set to save $6 million.

The design and administration of the concessional contributions cap will be simplified. Currently, people aged over 60 can only contribute $25,000 a year. That is set to be raised to $35,000.

The higher cap won’t be limited to anyone, following advice from the industry that keeping the cap exclusively to people with balances under $500,000 would be too hard to administer.

Under the current scheme, contributions in excess of the annual cap are taxed at 46.5% instead of the normal 15% rate. This has been a sore point among the superannuation industry.

“Around 59,000 people on the top marginal tax rate will have a slightly larger tax liability due to the interest charge.”

“All products held by pensioners before January 1, 2015 will be grandfathered indefinitely and continue to be assessed under the existing rules for the life of the product so no current pensioner will be affected, unless they choose to change products,” both Swan and Shorten said today.

Other arrangements will include extending concessional tax treatments to deferred lifetime annuities and reforming arrangements for lost superannuation.

CPA policy head Paul Drum says while it’s good the government has “come clean” on its plans, there is still a need for a review on national savings.

“We could go through item by item, but we need to wait and see the full detail of all of this,” he says.

“It hasn’t gone through cabinet, or Parliament. This hasn’t even gone over the line yet. If there’s a change of government, it might not even get up.”