Having the Forcite to put IoT snow helmet on Kickstarter 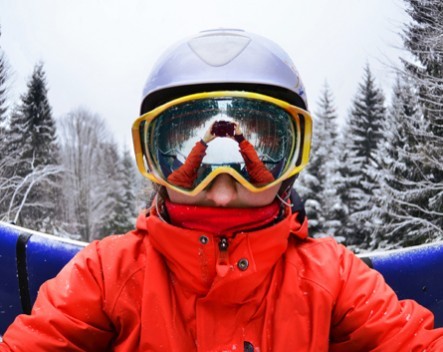 A Sydney startup has turned to Kickstarter to bring its Internet of Things snow sports helmet to the masses.

The Forcite Alpine helmet, created by a trio of University of NSW graduates, includes an in-built high definition camera, GPS technology, speakers and a microphone allowing users to communicate with other people on the slopes.

The startup has already raised “just under $1 million” from angel investors and government grants, and has now launched a Kickstarter campaign with the aim of raising $200,000.

Turning to Kickstarter is more about testing the market than the money, Forcite Helmet Systems director of business strategy Michael Drysdale tells StartupSmart.

“A lot of investors want to see proof that you’ve sold to the market, and Kickstarter is a good way to see uptake,” Drysdale says.

“People are telling us they love the product but it’s always better to make them open their wallets.

“As an Australian company we want to sell globally and start to get exposure overseas.”

A step up from a GoPro

Since first coming up with the idea during a trip to Perisher Valley in 2012, the Forcite team has grown to 16 people in its Sydney offices.

The goal was to transform the “potatoes” that people in the snow were currently wearing – heavy helmets with a GoPro strapped on – into a light-weight, connected alternative.

Drysdale says the team developed over 300 different concepts for the first helmet across an 18 month period, and spent six months on perfecting the camera alone.

A big selling point of the product is this camera, Drysdale says, with a ‘highlights’ feature automatically capturing moments based on top speed, altitude, distance and air time. These short clips can then readily be shared on social media.

“We want to make it easy for people to take the footage and share it straight away, rather than sit down at the end of the day to edit it when they want to go out for dinner or to the bar,” he says.

While Drysdale says there are currently no competitors in the snow sports realm, there is a big rival looming in the US.

Skully completed one of the most successful IndieGoGo campaigns ever last year, raising nearly $US2.5 million in two months for its smart motorcycle helmet, which includes a heads-up display, an array of safety features and situational awareness.

Drysdale says the way Forcite is made differentiates it from the wealthy competitor.

“We’ve built the whole helmet from the ground up, they strapped a computer on from the outside,” he says.

“They haven’t actually provided a product yet.”

Skully is currently charging an introductory price of $US1399 for its IoT motorcycle helmet.

The US company will prove to be a tough competitor though, recently closed $US11 million in series A funding as it looks to roll out the product.

The two startups are likely to become more direct rivals in the future too, with Drysdale saying Forcite is looking to expand and diversify its offerings to other industries.

“We’re looking at everything from paragliding and sky-gliding to cycling and motorcycling,” he says.

These products will likely include many more safety features, he says, and opportunities are also rife in the mining industry.

Depending on the success of the Kickstarter campaign, an investment round will be in the very near future, Drysdale says, as Forcite looks to quickly get the helmet out there and take on its US rival.

“Probably later this year or early next year we’ll look at doing a series A to grow into other markets quickly,” he says.

“In this industry you have to be innovating faster and faster than the others.”