Hiring the right staff comes down to vision and fit 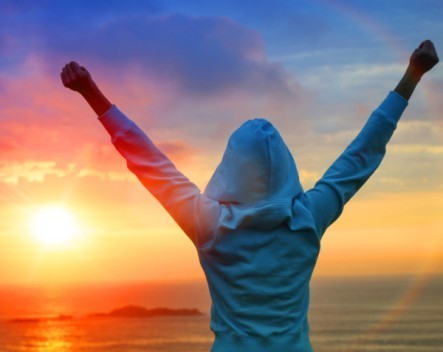 Bringing on board talented individuals who are a good cultural fit all comes down to sharing your company’s vision, according to two Aussie entrepreneurs who have founded fast-growing startups.

Gen George, founder and chief executive of OneShift, says getting the right people into the company can make or break a business.

“It doesn’t matter how good your product is or what the best price is… it’s only as good as the people driving it,” she says.

“And not just now but for the future – you need those people to grow into the role and the business because as a startup you’re changing every day and growing.”

Making sure potential hires understand the founder’s vision for the startup is critical and a good way to know who will be a good fit for the company, according to George.

“Having clear objectives and strategy means you can be very clear to newcomers and what you’re all here to do,” she says.

“No bullshit, test, fail, learn and make it happen – don’t wait for it to happen. I guess the model in the office is if we’re not breaking things we’re not doing enough.”

“I know a lot of people disagree with that but I only look at where they’ve previously worked,” she says.

“The first interview at OneShift is ‘hey what do you do, what do you love and what do you do on the weekend?’ to get a feel for them as a person because you spend more time with these people than you do with your own family.”

Last month, George hired eight new employees and is also in the process of expanding OneShift’s marketing team. The startup currently employs around 40 people and has secured $5 million in funding since launching two-and-a-half years ago.

“The best way to attract the right people is finding people who share your vision,” he says.

“One of the best things you can do as an entrepreneur is get out and talk about your vision – whether it’s sharing it with the media or doing what we did, which was starting a blog and writing about the business.”

Shoes of Prey now has around 100 employees, with about 25 people based in the company’s head office. Over the past three months the startup has hired seven more employees.

“On our blog we wrote a lot about the marketing activities and different things we were doing with the business, so that drew a lot of really good marketing people in,” Fox says.

“Our head of customer service was originally a customer and really loved the service we provided. We’ve got people on the team who applied for a couple of different roles before they got one – they just wanted to work at Shoes of Prey and it was just because we shared the story of what we were doing.”

Fox, who previously worked for Google, says a cultural fit is the most important thing to consider when bringing on new employees – whether they are software engineers or accountants.

“The way you’re going to get people who are willing to stick through the highs – and particularly the lows – is if they share the broader vision. If that excites them that will keep them from jumping ship when you go through tough times.”