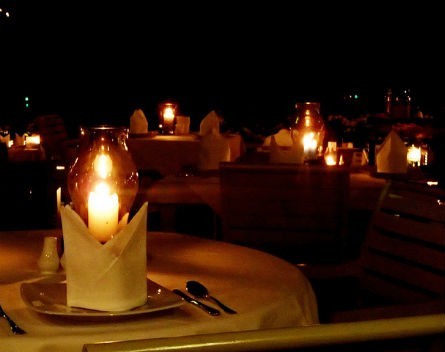 With a change in leadership and an increased focus on innovation and startups, it’s an exciting time for angel investing in Australia, Innovation Bay Melbourne organiser Jodie Imam says.

Imam, the founder of Occasional Butler which was acquired by AirTasker, says angel investing has been growing in the country for a while recently, but has been accelerated by Malcolm Turnbull’s ascension to the top job.

“There’s more interest in angel investing than ever before,” Imam tells StartupSmart.

“People used to talk about how many properties you owned, now it’s about what (startups) you’re investing in.

“Everyone is talking about entrepreneurs, high-tech and innovation, and that’s been further supported with the new government. It’s a very exciting and growing opportunity.”

Innovation Bay will be hosting its first angel investor dinner in Melbourne next month, bringing together entrepreneurs and potential investors in an informal, networking environment.

“Even if they don’t invest, they’re getting in front of a network of people looking to help.

“It’s not always on the night that they’re going to shake hands and sign a deal, it’s the networking effect.”

Established startups with customers and revenue that are looking for funding can submit a 90-second video detailing who the founders are, what they do, the value proposition, market size and traction.

The applications will be voted on by the angel investors, with the top four getting to participate in the pitch night.

Angel investor and entrepreneur Dean McEvoy knows full well the opportunities on offer at Innovation Bay, and he’s been on both sides.

McEvoy co-founded Spreets, and pitched at an Innovation Bay event. The startup was eventually acquired by Yahoo7! in 2011, and now McEvoy will be appearing at the Melbourne dinner as a potential investor.

He’s says that above all else he’s looking for genuine entrepreneurs.

“I look for a deep, authentic connection with the problem,” McEvoy says.

“They’re in the industry and know the problem, they’ve felt it first-hand.

“If someone has an inauthentic connection that’s always a red flag that they’re in it just to make money.”

The four startups will also get half an hour of pitch training from Pollenizer’s Phil Morle before the night.

About 40 angel investors from Melbourne and around Australia will be present at the event, Imam says.

“There’s a lot of work that goes into that in the background. It’s a specific niche and it’s the right people.”

It’s this quality of investors that makes Innovation Bay stand out, McEvoy says.

“It’s definitely one of the best angel groups in Australia in terms of the people it tends to attract,” he says.

“They come from a tech background and there are a lot of ex-entrepreneurs. There’s always interesting people in the room, and that’s not true of other angel groups where there’s just some rich people looking for something to do.”

It’s all about the networking opportunities, McEvoy says.

“Even if someone’s not investing, they might be able to add value,” he says. “I was chatting to a guy afterwards over a glass of wine who ended up introducing me to my investors.”

Innovation Bay has been running in Sydney for eight years now, and this marks the Melbourne launch.

The program has also recently expanded to Perth and Silicon Valley.

The events have helped entrepreneurs to raise more than $10 million in funding, with past alumni of the angel investor dinners including freelancer platform Expert360, taxi app GoCatch and photo library service ImageBrief.

Entrepreneurs can apply for the Innovation Bay Melbourne angel dinner here, with submissions closing on Friday.