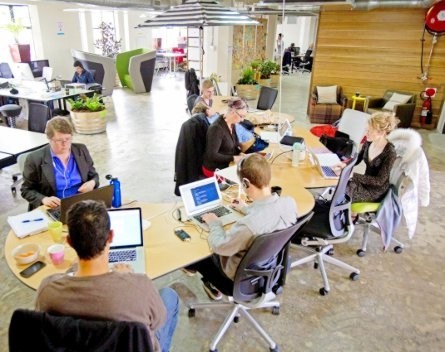 HotDesk founder Steve Glaveski told StartupSmart the couple had taken a 25% stake in the company, which is tapping into a growing appetite among Australian start-ups and entrepreneurs to use shared office space.

“Co-working gives people an opportunity to bounce ideas off people,” he says.

Glaveski says the new investment will allow him to develop a website that “resonates” with the firm’s target market and content that users will want to share across their own networks that drives traffic to the site.

He says business is embracing the “sharing economy”, which improves affordability of services, flexibility and community.

Graham Huddy says in a statement that “it makes sense to be backing a young entrepreneur such as Steve Glaveski who is passionate about taking HotDesk forward”, pointing out that 32 of the top 100 members of the BRW Young Rich list were in the technology industry.

“There will be many industries that can benefit with technology now playing a strong part in the future direction in all business,” Huddy says.

“The fundamentals of traditional office space within our major cities are rapidly changing in the fast-paced world of today, and HotDesk has the potential to play a part in how the supply and demand now find new connections.”