How Envato improved its gender diversity: “Set the right example right from the top” 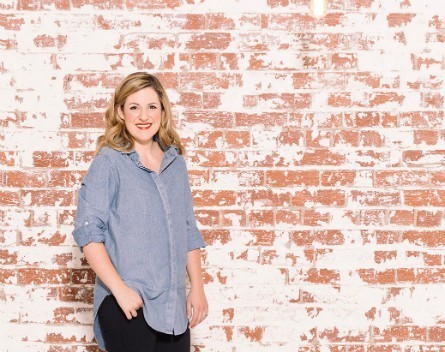 Working towards gender equality in a startup needs to be a core focus throughout the entire team to ensure any progress is made, Envato co-founder Cyan Ta’eed says.

The Melbourne-based startup has just been named the ‘coolest company for women’ by JobAdvisor, and Ta’eed says this is down to how the whole Envato team worked together on issues such as hiring, unconscious bias and improving flexibility.

“It’s really worth having an educational component to make sure the whole team is on board. You have to set the right example right from the top, to show a culture that is acceptable and that it’s embraced.”

“This is something everyone from the board to the managers to everyone in the team to be engaged in the process.”

All Australian tech companies need to be actively addressing this issue, she says.

“We as tech companies need to clean house and make sure we’re ready to go to embrace this so we don’t have all these highly engaged and capable young women coming into tech and finding a culture that’s really not female friendly,” Ta’eed says.

Envato has been doing a number of things this year to improve its own diversity, Ta’eed says, starting with making some simple changes to job ads.

“They were naturally geared towards men, with words like ‘coding ninja’ and ‘superstar’,” she says.

“We realised anecdotally from speaking to women and diverse people that they didn’t really relate to that and they found it alienating.

“We’ve changed the language and now we state that we’re diverse and inclusive. That got us a whole new level of candidate, in terms of gender and more generally.”

The startup has also been working to combat unconscious bias in the hiring and management process to ensure qualified women aren’t unfairly disadvantaged.

“We unsure that our hiring process and annual reviews are very rigorous and that we’re questioning ourselves all the time to make sure we’re unbiased,” Ta’eed says.

“I know from experience. Before I learned about this, my bias was controlling some of my decisions. Once you realise what the ramifications of this are you start to become conscious and question your own bias.”

This process also involved switching from a focus on ‘culture’ to one of shared ‘values’.

“We realised first hand we were letting people run their own cultural fit interviews, and the conversations would be based around: ‘would I want to have a beer with them on a Friday night?’, rather than if they would actually fit,” she says.

“That takes away roles from anyone who couldn’t do that for any reason – they might feel uncomfortable about going out with a huge bunch of blokes at the end of the day.

“Now it’s very, very structured around creating the questions around value. That’s been great in helping people get the context they needed to see what they were actually trying to hire.”

There’s also a newfound emphasis on flexibility for all workers at Envato.

“In our executive team there are two women who work part-time and one man who is transitioning into a job sharing role, all so they can spend more time with their children,” Ta’eed says.

“We’ve emphasised flexibility for everyone. Men are taking part-time and job share roles, and that’s a really great equaliser and a great win for women. Suddenly we’re not the only ones who need to be out the door early or call in for meetings.

Now other startups are coming to Envato for help and guidance on the issue of gender diversity.

“We’ve been contacted by a few other companies, and one that’s much larger than us,” Ta’eed says.

“People within these companies have been handed gender targets by their board, but they don’t really have any context on how to do it.

“They’re told to hire women and it’s mostly the male management that is finding this very, very challenging. They’re not given the tools to address this in a holistic fashion and that can fracture teams rather than bring them together.

“I’ve got nothing against quotas and targets, but they need to be part of a much broader overarching strategy.”

The figures showed that 71% of Envato’s team were male, and 93% of tech jobs were occupied by men.

Ta’eed says progress has definitely been made this year, but the startup isn’t close to achieving true equality.

“By no means have we solved this,” she says. “We still have a great deal of work we need to do.”

“This hasn’t translated to a 50-50 split yet, but it’s really encouraging to see that what we’re doing is helping.