How I launched my startup in five days for only $125 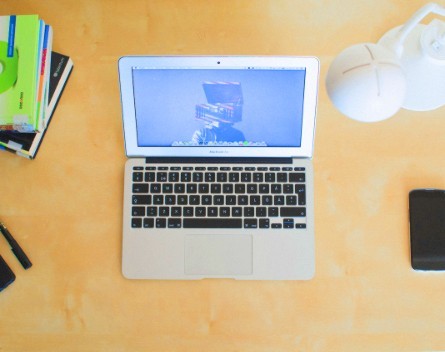 After getting a taste of the startup landscape back in 2009 when I was interviewing (then) fledgling startups like Waze and Shapeways for Contagious Magazine in London, I decided startups were where I wanted to be. Fast-paced environment + technology… I was sold.

I left to join a fashion tech startup using data to predict and analyse trends in real-time. It was the start of the tech boom in London, we shared a warehouse space on Silicon Roundabout. It was exciting, and fun.

After returning to Sydney, I helped to launch and build General Assembly Australia into a team of 15 locally over 18 months. In that time, the company globally grew to a team of around 300 and developed into the education company that it is today, one having a major impact on its students’ lives – something that I got to witness first hand.

On a business trip to NYC in January, I caught an Uber X to the airport. What seemed like a very insignificant trip at the time, actually planted a seed of what led me to where I am now. My driver told me about his experience with Uber. How he turned his life around from the brink of poverty to now owning three cars and leasing them to other drivers. He was eternally grateful for the opportunity that Uber gave him. I wanted to be able to do that.

Which led me to where I am now. At the end of my first week with my own startup. After finding that there was no simple way to book a reputable cleaner online in Australia, I saw my opportunity. I quit my job and built my MVP in the first two days, www.tidyme.com.au. I have also engaged the first group of ‘Tidy Home Crew’ members – the first contractors in a network of professional independent cleaners across Sydney to provide a new level of service that the local cleaning services currently lack, with a brand that people actually want to engage with.

Did that really take just five days though? In startups, you constantly hear that you can build an MVP, or at least a landing page to test your idea, in a matter of hours. I didn’t believe it was actually that easy. Turns out, it is – here are some of the tools I used.

The best for building a landing page. Use some great imagery and copy and the site essentially takes care of the rest. It’s easy, it’s fast and it’s cheap.

Getting the forms right actually took the longest time; in saying that, by the end of day one I had integrated payments through Stripe with live running total of the invoice. It was a proud moment. I am also using Wufoo for contractor applications and customer surveys following their clean.

I have live chat with any visitors to the site for less than $20/month that took less than five minutes to set up.

For email and everything else. Again, cheap and easy to set up and a great way to manage everything from scheduling through Google Sheets to email and calendar.

As I am building a two-sided marketplace, having an amazing network of professional cleaners is the first port of call. In two days, I had 50 online applications, scheduled 10 interviews and hired three cleaners. It cost nothing at all.

I’m not misguided, I know that my site is clunky at best and will only serve its purpose for a very limited time. I know that to get the platform to do what I ultimately want it to do is going to take some incredible developers, but I feel excited that I can test my idea now, without having spent all of those hours – and all of the money – to what could ultimately be an absolute failure.

Stacey Jacobs is the founder of Tidy.