How to recognise an EPIC start-up founder 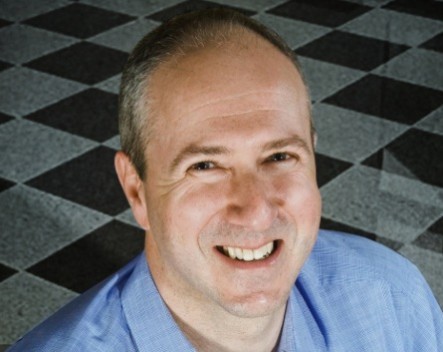 Okay, I’ll admit, the word ‘epic’ is overused these days. You’ll have to forgive me for using it though because I chose the word on purpose. After working directly with start-up founders in a number of businesses and looking at hundreds more start-up teams, I know what I’m looking for in a start-up founder.

I want someone who is EPIC. I don’t mean that in the way of a surfer who just got a wave means it. Nor in the way someone who’s recently seen a blockbuster action film means it. I mean it in the literal sense.

Epic: “heroic or grand in scale or character”.

As an investor, you’re looking for start-up founders that are, literally, epic. You want grand scale results and a heroic take-it-on-the-chin attitude. In my role as partner at the Sydney Seed Fund, I’m part of a team that looks to invest in very early stage tech businesses that typically don’t have any revenue.

At this point of a start-up’s journey, the quality of the founding team is at the top of the list that we use to evaluate whether we will invest or not. We’re always on the lookout for a team made up of epic people.

E.P.I.C is a reminder to us of the four areas a start-up founder needs to excel in if they’re ever going to have a shot at making their venture successful: execution, perspective, intelligence and communication.

The typical trait of an entrepreneur is to have a number of ideas floating around that never actually get any attention. ‘I wish I had time to do that.’ ‘One day when I have the resources I’ll work on that.’ ‘…need to get to that.’

Separating the wishful thinkers from the result-getters is a simple thing called action. Can they actually execute an idea all the way to completion?

Launching an online start-up business needs enormous competence and exceptional multi-tasking ability. The leader of the team should be able to translate the millions of ideas floating around into a workable and winning venture. Look for evidence that they are accomplished in executing complicated projects and seeing them through to their finish. This includes the success of previous businesses or projects. A trail of ‘begun but not finished’ ideas is a warning sign.

Former Wharton business school professor Lawrence G Hrebiniak believes that the lack of attention on execution in businesses is because it’s seen as a ‘lower level’ activity. The perception is that the people on top plan and the people lower down the chain make it happen. A start-up needs founders who are willing to get their hands dirty rather than look to employees or partners to go the hard yards for them.

This can be a shock for some really intelligent people who have spent their career in the corporate world and are used to delegating tasks to juniors.

There are millions of ideas out there that just remain ideas, but it takes a focused executer to turn an idea into a business. While three of the four areas an EPIC start up founder must get right are ‘soft skills’, without doubt, the ability to execute is the most important trait.

You don’t have to be in the investment game very long before someone wearing idea-coloured glasses will approach you at a networking event. You know the one I mean – the entrepreneur for whom everything is about this brilliant idea that they have come up with. They’re holding a one-way ticket for the Golden Idea Boat as if it’s a life jacket.

Of course, you and I know that the world of starting a business is filled with surprise pot holes, seemingly unscalable cliffs and the occasional dragon cave surrounded by a moat of steaming, boiling quick-sand…

I digress. The point is it’s never as much about the idea as the process. Being able to change directions mid-stream without losing one’s stride is a trait every start-up founder is well versed in by the time they reach anything remotely resembling success. The ability to do this without quitting, getting demoralised or heading too far down the wrong path comes down to the founder’s perspective.

When considering investing, I need to be sure that the business leader has the innate vision to be able to see the picture as a whole. This isn’t just about their idea. It’s about solving a problem the market has in a differentiated and profitable way. Ask the founder a few questions about the market’s general needs and the external trends affecting their idea to see how broad their vision is.

Their perspective must also be flexible.

The most valuable part of the right perspective is the ability to be flexible. A leader must not be afraid to reassess the team’s direction constantly and take action on that assessment when required. Often this can mean ‘throwing away’ hours and hours of hard work or getting involved in an industry they hadn’t expected to. Watch out for a start-up founder whose ego is too big to get out of the way. Can the leader and their team embrace change?