How your startup can tackle diversity issues in 2015 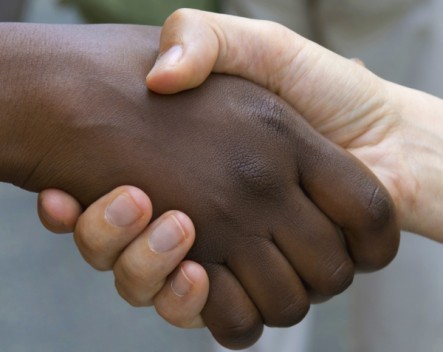 The new year represents an opportunity for companies to tackle diversity issues head-on, according to the Diversity Council of Australia, and tech startups are no exception.

Last year a number of large tech companies – including Twitter, LinkedIn, Google and Apple – conceded that female representation and cultural diversity in their workplaces was not up to scratch.

In July, women made up 30% of Twitter’s overall workforce but just 10% of its tech employees. This resulted in the social media giant, along with other tech companies, pledging to better implement their diversity policies in order to strive towards having an equal-opportunity workplace.

However, the Diversity Council of Australia’s chief executive, Lisa Annese, says having a diversity policy alone is not enough.

“What’s really needed is for organisations to properly resource and support their diversity function, as well as develop a comprehensive strategy with clear objectives and accountabilities.”

Annese says there is “no quick fix” to diversity issues in the workplace. Instead, employers will need to work hard to deliver results.

Strategies could include public accountability through reporting diversity measures, encouraging women and other diverse talent to take on leadership positions, and addressing bias at every level.

“Failing to deliver better outcomes on diversity is not an option for those organisations wanting to access the best talent, retain an engaged and productive workforce, or indeed be seen as an attractive employer,” Annese says.

“In our experience, organisational strategies such as harnessing cultural diversity, rethinking the leadership model, mainstreaming flexible careers, and a better resourced diversity and inclusion function are key to making progress.”

Envato co-founder and chief executive Collis Ta’eed told StartupSmart there is no “silver bullet” that will fix diversity issues in tech. In September last year the startup released its diversity figures online and encouraged others to do the same, acknowledging this was just the first step.

“Being a company that publishes the figures helps the team acknowledge we need to do more on this issue,” he says.

“It’s galvanised the team internally about the problem. For example, we’re doing unconscious bias training internally with all of the leadership first and management later on. It’s helped in terms of wanting this to be something that everyone shows up for and is not just passively attempting but actively involved in.”

Ta’eed says since publishing the figures, the company is also getting “some good reactions” from job seekers who are drawn to the company because of its stance on improving diversity in the workplace.

As for what other Australian tech startups can do, Ta’eed says a combination of things work well – such as having a specific group within the organisation to help drive change as well as critically examining workplace flexibility and the recruitment process.

“What’s been working well for us is having a group that is focused on it,” he says.

“Accountability in the leadership team has also helped. It needs to be both bottom-up and top-down and I think you need the combination [of the two] to drive real change.”