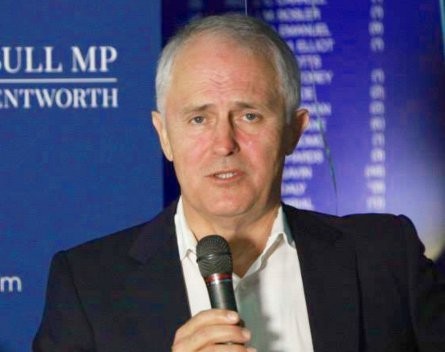 Those looking for the detail on insolvency changes announced in the Federal Government’s long awaited innovation statement won’t find it on the government website.

The reports released today recognise that our restructuring laws have fallen behind world best practice. We need to ensure that our laws provide appropriately flexible mechanisms to achieve good commercial outcomes from restructuring efforts.

Australia’s laws provide both formal insolvency processes (such as company liquidation and personal bankruptcy) as well as regimes to help individuals and businesses avoid insolvency and restructure their affairs. Individuals have the option of Debt Agreements and Personal Insolvency Agreements, while companies have voluntary administration and schemes of arrangement.

Restructuring laws help individuals and businesses to maximise their asset values and thereby increase returns to creditors, minimise job losses of employees and downstream effects on suppliers, customers and other creditors.

Australia’s corporate restructuring laws have been in place since the early 1990s (based on a report by the Australian Law Reform Commission in 1988). Since that time many other countries, including England, Hong Kong, Singapore and the United States have undertaken major reform projects to improve restructuring laws. Recent official inquiries, including by the Senate and the Financial System Inquiry have recommended further reviews to encourage flexibility and efficiency in restructuring.

The Productivity Commission’s report provides 15 recommendations for reform of insolvency law, although the Innovation Statement only mentions three of these.

Reducing personal bankruptcy to one year

Personal bankruptcy currently lasts for a minimum of three years. Both reports note that this may be a disincentive for entrepreneurs whose businesses fail. The clear theme is that if Australia is to encourage a vibrant start-up economy we need to refrain from blaming entrepreneurs as failures and punishing them through lengthy and rigid insolvency regimes.

This reform will help to reduce the stigma attached to personal bankruptcy and assist with facilitating a “can do” ethos for business entrepreneurs.

The reforms proposed are a move in the right direction and they provide a process for longer periods of bankruptcy where fraud or misconduct is involved.

Introducing a safe harbor for directors during restructuring

There has been a lot of discussion about reducing liability risks for company directors with the AICD proposing a broad-based defence for director across a range corporate law rules.

Both reports recommend a defence for directors who seek to restructure their business. At present directors of companies in distress who seek to restructure in the hope of a turnaround run the risk that they will be sued for insolvent trading, which could involve personal liability for all of the companies unsecured debts. This may cause them to shut down the business rather than take the risk, or to resign from the business.

The proposed defence would protect directors from insolvent trading liability, but would require them to engage a suitably qualified restructuring advisor who (following the Productivity Commission’s report) would need to be registered by the Australian Securities and Investment Commission (ASIC). The directors would need to act according to the advice of the restructuring professional and the safe harbour would only continue for so long as there were reasonable prospects of saving the business.

This proposal should also address some of the concerns that have been expressed about “pre-insolvency advisors” who are currently unregistered and largely unregulated. But the proposal could have gone even further and required the advisers to be a member of a professional body with a code of professional ethics and a disciplinary regime.

Finally, the federal government will remove the ability of contractual parties to cancel or modify their contracts purely on the basis that voluntary administration or a scheme of arrangement (that is, a formal restructuring process) has been entered into.

This was recommended in the 1988 Law Reform Commission report into insolvency and has existed in personal bankruptcy law since the 1960s, but has not yet been incorporated into corporate insolvency laws. This move will bring our law closer to the US Chapter 11 bankruptcy procedure which prohibits such clauses.

This is a welcome move that will help companies trying to restructure keep their business going rather than having key contracts terminated at a time when they need them the most.