It’s not optional to understand the laws and regulations, fintech founder says 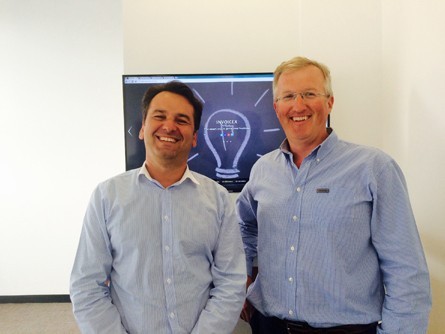 Fintech founders need to ensure they have strong knowledge of the various laws and regulations in the sector before launching, InvoiceX co-founder Dermot Crean says.

From his own experience in jumping the regulatory hurdles, Crean says founders must learn the law and seek out the right advice when developing their startups.

“In fintech, it’s not optional to understand the laws and regulations – it’s principal,” Crean tells StartupSmart.

“You should know the stuff inside out.”

In building InvoiceX, Crean says a lot of time was spent having informed discussions with lawyers, regulators and banks to ensure they not only built something unique but that they implemented sufficient safeguards to protect client confidentiality and assets.

“It’s relatively easier to build and make the front-end look nice but you have to get the back-office infrastructure right,” he says.

Crean encourages fintech startups to do their research and seek out knowledgeable advice from people that are open to innovative ideas but not simply “yes men”.

“Speak to people that can give you another way to look at things,” he says.

“Otherwise, it would be like starting an airline with no one on your team that has worked in the airline industry,” he says.

Crean’s extensive background in investment banking and private equity includes raising large amounts of venture capital for fintech products during the dot com bubble, including including micro-payments platform Magex which was deployed by Zopa and then Lending Club.

“They went on to build world-class infrastructure that is used to this day,” he says.

InvoiceX works by enabling ambitious SMEs, with limited assets and finance, to grow their businesses by accessing the billions of dollars locked up in private equity.

“We see ourselves as complementary to the banks and we address SMEs in a way that banks can’t,” he says.

InvoiceX has also partnered with BDO to create a system that segregates the money-banking side from the marketing side to maximise customer protection.

“This is really important because we’re handling a lot of money,” Crean says.

Crean says InvoiceX recently enabled a small telecom business with $100,000 in overdrafts to access $1 million in finance, which helped them grow sales and gain scale across the eastern seaboard.

With SMEs accounting for just 15% of new lending, Crean says a lot more needs to be done to ensure small businesses can obtain the finance they need to grow.

As the only confidential provider of invoice finance, Crean says InvoiceX presents a great opportunity for Australia’s SME sector.

“We’re beginning the journey of freeing up capital to help a whole spectrum of businesses,” he says.