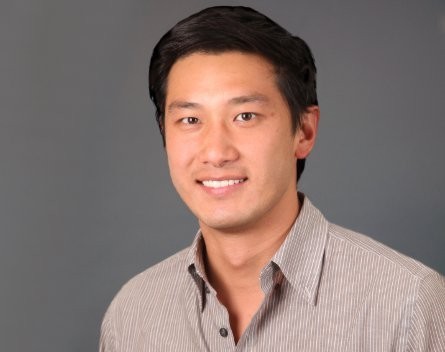 Emerging tech companies may be high risk but when they take off, every nervous moment was worth it.

Jonathan Teo knows this firsthand, having been part of the venture capital teams that backed Twitter, Instagram and a host of other tech start-ups before they really began to get noticed.

Teo says early stage investment is primarily about relationships, and both the investor and entrepreneur need to be committed to the long haul.

“When I’m evaluating a company, it’s far more useful and efficient to start to engage with what’s the vision and to work out if it’s aligned with how I see the world. I ask is this entrepreneur someone who is able to execute on this idea, and is the approach they’re taking the right one,” he says.

In the video below, Teo tells StartupSmart why investing in start-ups is worth the risk:

In Melbourne for a series of events with investor network Investor Org, Teo told StartupSmart his focus on identifying and exploring the right metrics, and developing relationships has steered his investment decisions, and success, so far.

“What I look for are entrepreneurs who really understand a human need, and are able to create a product that can catalyse that and actually fulfil it,” Teo says.

“There is a lot of noise in the start-up industry so it’s all about execution. The key determinant of success at the really early stage is survivability. As an investor, that’s gleaned from how they execute each task and their personal resilience.”

Teo says he’s especially focused on engagement metrics when assessing start-up ideas, adding these metrics will be different depending on the start-ups goals and growth stage.

“Everyone looks at traction, but the big investment question is about which traction are they looking at? Is this start-up’s strength to be spotted in about engagement, growth or even user numbers? Traction takes on different meanings for different investors at each stage.”

Teo adds the power and value of entrepreneurs is their ideas, commitment and drive, but they need to be open to constantly evolving their ideas to fit the market.

“You need to have a big visionary idea around what the world needs and ideas about a product to fit that. But I don’t think entrepreneurs actually know what the best way is to get there, as so much of it is based on the iterative process of what resonates with users.”

He adds company growth journeys, market and environment factors are too hard to predict, so founders need to stay focused on the idea they’re trying to solve and building the right foundations for any future changes they’ll need to make.

Start-ups should focus on growth to boost capital raising opportunities

He says while some start-ups value can come from engagement rather than user numbers, all start-ups should aim to grow in order to generate greater interest in their start-up.

“As an investor, you want to care about products that have active network effects and growth, with a sustained engagement models,” Teo says. “Growth itself is something everyone pays up for as the valuation of a company grows, so every start-up needs to be concerned about growth because it’s what drives leverage in terms of raising capital and hiring people.

He adds start-ups with strong user engagement metrics and potential for network effect growth can approach investors early, as smart tech investors want to get in on the action before a start-up gets real traction.

“Once a start-up has traction it’s almost too late from an investment stand-point. That’s only because by that time it’s obvious to other investors that the start-up is doing well so valuations creep up,” Teo says. “Private valuations are a lagging indicator of the public market’s interest.”