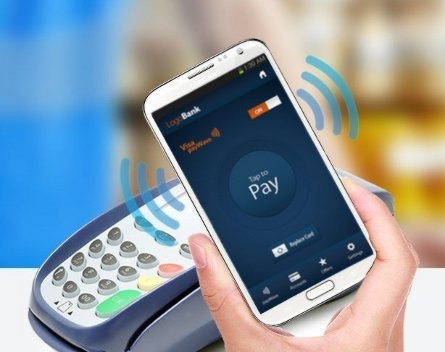 Mobile payments, digital wallets and near-field-communication technology are about to reach a tipping point according to entrepreneur Ben Pfisterer, who left his job as head of innovation at Visa earlier this year to start his own company.

Launched in February and with a team of 20, Pfisterer’s Kinetik Innovation is primarily working with big telecommunications companies, banks and merchants to build their mobile payment applications and systems.

Pfisterer told StartupSmart he had launched his own company when he couldn’t find an innovative local player in the market.

“It was about where the market was at, and being very close to the mobile space I knew we were at a tipping point now. I struggled to find a company like the one I launched. All the players in the market were big global companies located elsewhere who assumed the Australian market was like all the others, but that’s not the case,” Pfisterer says.

Pfisterer says the Australian market for mobile and near-field-communication (NFC) payments is significantly ahead of other markets, and effective deployment requires knowing the local players.

“We’ve always been the biggest Western market, and last year we overtook South Korea, Hong Kong and Singapore. And we continue to see double digit growth every month,” Pfisterer says, adding that the rapid growth was due to big retailers such as the supermarkets, McDonald’s and 7-Eleven taking NFC payments.

“There was a push from both sides of market. There were enough cards and enough merchants using it for it to take off,” Pfisterer says.

Kinetik Innovation has been able to draw staff in from a range of organisations, and Pfisterer says his team has been involved in about 80% of mobile payment trials in Australia to date.

Despite major corporations and international telcos pouring millions into trials and gearing up to deploy their solutions soon, Pfisterer is confident his team will stay ahead due to their targeted product.

“We’ve gone through the hard lessons of failing and succeeding, and we’re bringing all of those lessons to our clients today,” Pfisterer says. “You need to know all the players here, the telcos, the banks and the merchants, or you won’t understand the Australian market and be able to create a solution back to it. Without that knowledge, you have to provide a generalist product solution, and we didn’t want to do that.”

The Kinetik team are already working on a proprietary technology platform for the next stage of NFC development. He adds he’s looking forward to the mobile payment revolution moving beyond just the biggest companies.

“Within a year or two, there will be very few Australian merchants where you can’t do contactless payments. Payments are the first thing, and then there are a whole lot of new opportunities, such as ID, transport and communications, for example receipts,” Pfisterer says. “We’re already building that next generation of applications that all of these digital wallets will tap into.”

They’ve already signed up some leading merchants and banks to the platform and are hoping to deploy it early next year.