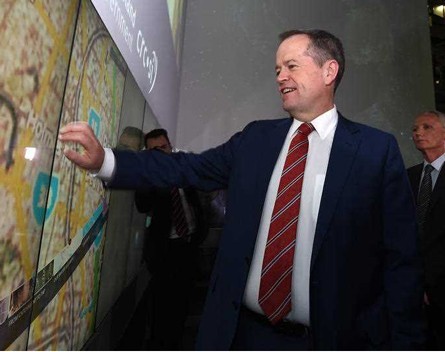 On the eve of the government’s much-anticipated innovation statement, the opposition has revealed its own set of startup-focused policies aimed to unlocking capital and fostering entrepreneurialism in regional areas.

Opposition Leader Bill Shorten announced on Friday morning Labor will implement a series of taxation changes to incentivise angel investing in Australia if it wins next year’s federal election.

The opposition’s proposal falls in line with the UK’s Seed Enterprise Investment Scheme (SEIS), which it says has resulted in nearly 2900 startups receiving funding since 2012.

It comes just days before the federal government is set to reveal its own innovation statement, which assistant minister for innovation Wyatt Roy signalled will also include tax breaks for startup investors.

Under the opposition’s reforms, the Angel Investment Scheme will include an upfront 50% tax deduction for investments up to a maximum of $200,000 per year and investors will be allowed to “carry back” tax relief if they don’t reach that limit.

Full capital gains tax exemptions for equity in startups that are more than three years old will be on offer, and any losses would be able to be deducted against wage and salary income.

The eligible startup investments under the proposal will have to have less than 25 employees, a maximum of $400,000 in assets and can raise a maximum of $300,000 annually through the scheme.

Shadow parliamentary secretary for digital innovation and startups Ed Husic says there is a large gap in Australia in terms of angel investing, with only $21 million invested in startups in 40 deals in 2012.

“We want to encourage more people who have the capability to invest, to invest in early-stage innovation.

The opposition also outlined plans to reform the Early-Stage Venture Capital Partnerships, lowering the minimum level of investment needed to entitle a business to preferential tax treatment from $10 million to $5 million.

Husic says the reforms are largely inspired by the SEIS in the UK.

“We watched what the UK is doing and figured that’s a good basis to start from,” he says.

“We’re obviously hoping that’ll have the same sort of effect of being able to attract more people who are high-net-worth individuals to get involved with angel investing.”

At the announcement of a Melbourne co-working space Inspire9, Labor also signalled plans to establish a $16 million Regional Innovation Fund to invest in incubators and accelerators outside the capital cities.

The fund will offer seed funding of up to $500,000 per year for three years to university-based accelerators in regional areas. These investments will have to be matched equally with external funding.

Husic says the fund will be focusing on accelerators that are run by a regional university or TAFE, local government or local business organisation.

“If innovation is a national mission then we need the whole nation to be involved,” Husic says.

“We’ve got a lot of innovation activity in a couple of major cities but we need to demonstrate that innovation isn’t something that is only for the cities to do.

“This is an important plank to build a local regional focus on innovation.”