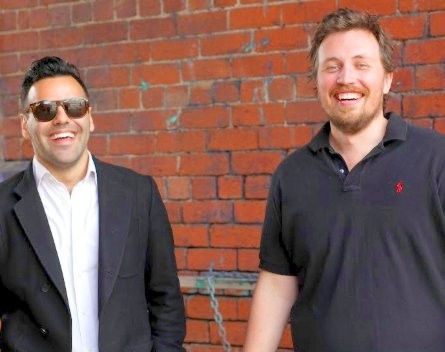 The co-founders of LOKE Digital have been focused on fixing up the hospitality space for several years now, and are preparing to launch a new start-up to boost their current offering.

Matt Khoury and Nicholas Birrell launched their first tech start-up targeting the hospitality sector in 2010. They’re currently managing a private beta of their new Aston Club app to open and close tabs in restaurants and bars.

Khoury told StartupSmart developing a series of start-ups in the same space has allowed them to grow faster than they anticipated.

“Nick and I bootstrapped (self-funded) our initial company, so that allowed us to really understand the importance of having a great team,” Khoury says. “Doing your first start-up without any investment means you get that generating sales is really important to fund growth, and learn why innovation is key to growth.”

They’ve opted for a different strategy with Aston Club. They raised $500,000 from angel investors three months ago, and are in final negotiations for a further $600,000.

“Now we’ve got the experience that a lot of other tech start-ups don’t have, we’re seeking investment to scale fast and deliver well,” Khoury says.

They plan to roll out the Aston Club publicly in early 2014, and already have 500 merchants signed up.

Khoury says the biggest challenge of their 12-bar strong beta round so far has been integrating their app with point of sales systems.

“We really need to make sure we get the integrations right. We’ve already integrated with five, and we’re working on another 12,” Khoury says. “We’re passionate about hospitality and tech, so finding efficiencies is really exciting for us and we need to get them right.”

The capital will go towards the further integration and new hires to the 25-person team to prepare for the January launch.