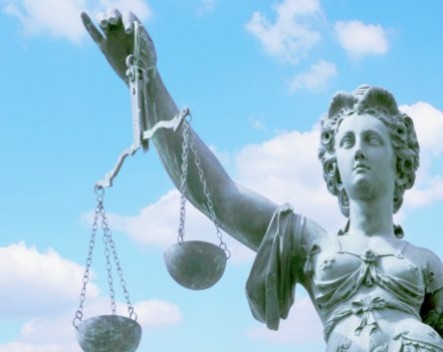 Google, Canon and other information technology corporations last week announced they’re banding together in an attempt to fix an allegedly broken patent system and squash the wave of patent trolls and privateers crippling innovation.

The License on Transfer (LOT) Network describes itself as “a new kind of royalty-free cross-license meant to address these growing systemic problems”.

In principle it could involve IT start-ups, universities and bodies such as CSIRO that we expect to gain revenue by actively commercialising creativity.

The LOT Network’s current participants “own almost 300,000 patent assets, generate more than US$117 billion in revenue and employ more than 310,000 people”, albeit many of those people are in China rather than Silicon Valley, Sydney or London.

A Google spokesperson characterises the LOT Network – entities that have agreed to cooperate with each other – as “a sort of arms control for the patent world”:

By working together, we can cut down on patent litigation, allowing us to focus instead on building great products.

But how exactly will patent trolls and privateers really be affected by this move?

The problem at hand

Patent law gives inventors and investors a legally enforceable right to commercially exploit an invention – in essence, a new device or process.

That right can be licensed to another entity, with the rights owner for example authorising several manufacturers to concurrently use the owner’s patent in return for a royalty. The right lasts for a finite period of years and is meant to encourage creativity and investment in order to benefit society.

The balance between social goods and rewards to the investors and inventors remains contentious. Controversy around the Pharmaceutical Patents Review in Australia suggests there is cause for concern.

There is also disagreement about whether some patented innovation is truly original (and thus appropriately protected) and about the impact of large-scale litigation such as the “patent war” between Apple and Samsung.

Recently we have seen the much-hyped (and less understood) announcement by CEO Elon Musk at Tesla – the electric car company – about patent licencing:

Rather than exemplary philanthropy that announcement can be seen as an indication that Tesla plans to exploit its rights on a selective basis. Nice media release; not the end of patent law or an intellectual property nirvana.

The LOT agreement isn’t designed to eradicate patents or lawyers. It operates on the basis that inventors, such as Google, can continue to gain patents covering their innovation.

That is unsurprising, given that the real value of many corporations lies in trade marks and patents rather than in factories or offices. (Much manufacturing in the IT sector, after all, is done by agents such as Foxconn rather than directly by rights owners.)

Having gained a patent, each LOT entity can licence its invention to other entities within the group. Each entity retains the right to enforce the patent so long as it retains ownership. It can assign a value to the patent in its corporate accounts. It is not forced to licence or gift the innovation to a competitor.

But if the patent is sold to an entity outside the group, the members of the group gain a royalty-free license to use the patent.

The expectation is that the LOT Network agreement will accordingly prevent mischievous litigation by what are characterised as patent trolls or patent privateers, such as entities that critics claim engage in a form of extortion over supposed or substantive rights, but do not engage in innovation themselves.

In essence, there will be little point in buying a LOT patent in order to improperly assert rights through threats of litigation against members of the group. The buyer could of course litigate against infringement of the patent by an entity outside the group, so the LOT Network is not a comprehensive fix.

International patent lawyers, academics and investors will be checking the fine print in what is otherwise a positive development. There are carve-outs to “preserve a patent portfolio’s value”, including provisions regarding some takeovers and other deals affecting control of an entity within the group.

We might wonder whether competition watchdogs will also be watching LOT, which, as in some cross-licensing arrangements over the past 120 years, has the potential to be anti-competitive if you are outside the LOT club or one of the smaller entities dealing with a giant such as Google.

Bruce Baer Arnold does not work for, consult to, own shares in or receive funding from any company or organisation that would benefit from this article, and has no relevant affiliations.