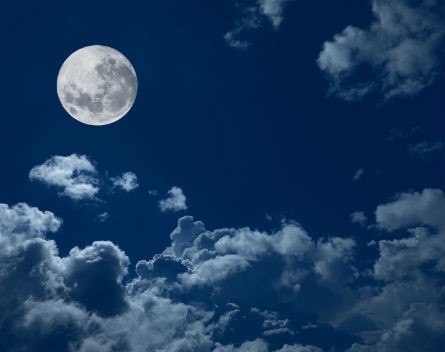 Australian investors and startup founders say it’s “almost impossible” for moonshot ideas to raise money in Australia, as the venture capital market is too small to bear the risk.

A small venture capital pool, along with a small market size, means Australian investors are generally risk-averse when it comes to the most ambitious startup ideas, 99designs CEO Patrick Llewellyn says.

“It’s exceedingly difficult to get investments for moonshot startups in Australia,” Llewellyn says.

“Australia is lacking that real girth of local early stage investors that can write the sort of cheques that moonshots need. It’s really, really tough.”

The moonshot term is a term embraced by Google for all of its innovative, secretive projects including Google Glass, autonomous drones and high-altitude balloons.

According to Google, they’re ideas that address a huge problem, and propose a radical solution through breakthrough technology.

Moonshots aren’t always the most appealing startups for investors though, with no expectations for quick returns and a high chance of failure. But they’re also the ones with the potential to be genuinely world-changing.

“I don’t think they are closed to the idea but the statistics show that only one in about 1000 make it, so unless you have a strong domain or market understanding, or the entrepreneur can prove they do, it’s a tough investment,” Deaker says.

Given the small venture capital market in Australia, it’s understandable lcoal investors are reluctant to take a punt on a lofty idea with no timeline for a return, Llewellyn says.

“It’s hard to expect the small funds to take on high risk ventures,” he says.

“The reality of moonshots is you’re lucky if one in ten works. These odds are difficult if you don’t have big funds and a lot of deployable capital.”

He also adds that government policies have further discouraged the creation of moonshot startups in Australia.

“The government has stripped funding from the CSIRO and public and tertiary education, and they’re the sort of areas where you can foster moonshots,” Llewellyn says.

John Dyson, investment principal at Starfish Ventures, adds that it’s hard for investors when these moonshots are based around not much more than a lofty idea.

It’s hard to avoid the conclusion that, unless the amount of available capital available is increased, and investor sentiment changes, Australia may never be the home of a gigantic, world-changing startup.

“The typical Aussie investor wants to invest in things that are proven,” Llewellyn says.

“So we do see young entrepreneurs looking to get ideas off the ground coming to places like Silicon Valley where people are willing to invest in an idea.”

AirTree Ventures partner Craig Blair says there’s never been a better time to raise money as a startup in Australia, but it’s still tough for moonshots.

“No question there’ll be some unicorns launched out of Australia that investors will have the fortunate experience of being part of it,” Blair says.

“But the chance of finding that in Australia is lower than in the US. There aren’t many investors that have the spread where they’re able to take that risk.”

Moonshots can take the form of network effect-reliant startups, ones that need to build up huge customer bases before becoming profitable. Such startups often bank on advertising revenue, in the same vein as Facebook, and Twitter, or the yet-to-be profitable SnapChat.

In Australia, Jones says it would be borderline impossible for those types of startups to raise capital. Local startups that rely on large amounts of users to make money, almost exclusively double-sided marketplaces like 99designs, DesignCrowd and Freelancer, all had to prove their business models before raising capital.

“Anything that relies on a network effect from millions of customers before there’s a revenue model, so anything with an online advertising revenue model, it’s super hard to get funding for that in Australia,” Jones says.

“It’s just because we haven’t seen those ideas succeed in Australia.

“The only things that have large customer bases, where the value of the businesses comes through millions of users on the platform, are the two-sided marketplaces.”

“If you start to build traction, external investors will find you,” Llewellyn says.

“We were approached by dozens and dozens of US-based investors before any Australian investor thought to knock on our door.”