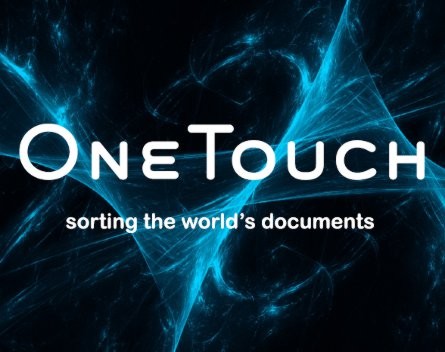 Melbourne start-up OneTouch, which offers technology that allows businesses to scan and process documents such as pay slips and tax returns, has kicked off a tour of Silicon Valley for investors and customers after snaring $150,000 in funding.

Fresh from the funding injection, OneTouch, founded in 2011 by Hany Pham and John Schagen (pictured below), is currently traversing California’s tech scene in the hope of striking further partnerships to help boost the business.

OneTouch is in the US as part of the Advance Innovation program, which picked 25 Australian start-ups for the sought-after Silicon Valley tour last month.

The business has developed B2B-focused software that automatically reads and captures information from any document, such as pay slips, tax returns and receipts.

Pham, who has a team of developers in Melbourne and offshore, tells StartupSmart the idea originates from his background as a mortgage broker, where he had to deal with a large volume of documents.

“We wanted to create software that could read and process these documents – it’s now possibly a bigger deal than we first thought,” he says from San Francisco.

Above: Hany Pham and John Schagen.

“The feedback (in the US) has been that it’s solving a real problem in managing documents. I don’t need to go too much into the problem because people understand it.”

“This kind of technology is very popular right now, as is enterprise software.”

Pham says he has put $200,000 of his own money into the business in order to develop and iterate the technology. He has since used his connections to strike a deal with Connective, the second largest mortgage aggregator in Australia, which linked OneTouch to more than 1600 brokers.

“We’ll look to target any industry that involves a lot of documents – it’s still early days,” he says. “We’re toying with a subscription model and a cost-per-page model. It will depend on the feedback.”

Pham says the strength of his personal relationships with Stone and Gruen opened the doorway to the $150,000 investment.

“Adrian is very free and willing to help start-ups and after we had evidence of traction, which was people interested in it, he agreed to back us,” he says.

“Nick expressed an interest right away. I didn’t show him a PowerPoint slide – I guess he’s mainly investing in me and John.”

“With B2B enterprise software, there’s a clear revenue model – it’s not like launching a rocket and hoping for the best.”

“It’s clear who our customer is and we demonstrated to Nick that we are the right guys to back. I’ve got a strong sales background and John has a strong software background.”

“We’ve got a reasonable runway with capital now. I will probably want to raise a series A here in Silicon Valley, but it’s more important to build networks for customers. We want to build a tailored model for the US market.”