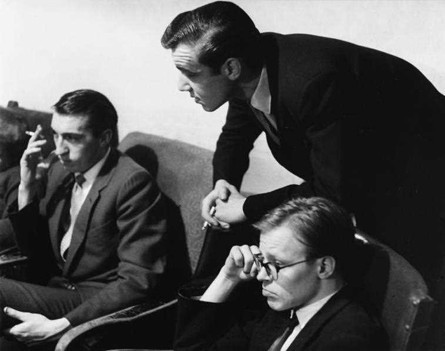 Men’s rights activists are using an anti-discrimination law from the 1950s to shut down organisations and events aiming to promote women in tech.

A detailed piece by Yahoo News outlines how a 50-year-old law in California is allowing men to target and sue groups such as Chic CEO, a website for female entrepreneurs offering business advice and organising networking events.

At a Chic CEO event last year, two men decided to show up and were promptly turned away. They then filed a complaint with the National Coalition for Men, which is apparently an actual thing for some reason.

The complaint was based on a 1959 Californian law called the Unruh Civil Rights Act, which states that all people can participate in events at business establishments.

It’s meant to be an anti-discrimination law but now it’s being used against groups trying to reduce discrimination in the tech industry.

After realising the costs from the potential lawsuits could’ve destroyed Chic CEO, founder Stephanie Burns decided to settle with the men.

The story goes on detail repeated instances of this law being misused for these purposes.

Organisations like Chic CEO, and there are many similar ones in Australia, are trying to bridge the unfortunately wide gender gap in tech.

According to the American Association of University Women, women only comprise 30% of the tech industry.

One female venture capitalist summed up the whole problem.

“There are so few of us in entrepreneurship and tech,” she told Yahoo News.

“It’s not fair to say it’s discrimination if we’re working to help a group that’s underrepresented, underestimated and underappreciated.”