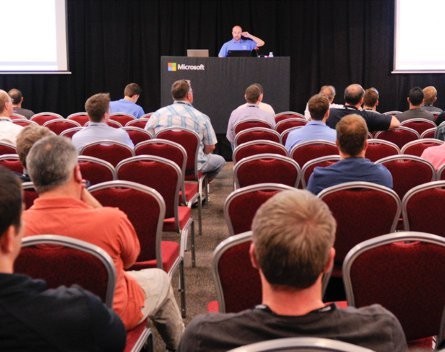 Fundraising for Australian start-ups remains one of the biggest challenges for the sector but there are hopes it may soon improve, a Gold Coast conference has heard.

“If you’re a student or a very small team with limited means, you usually need to go overseas or self-fund,” George Slavov, co-founder of tech start-up Nubis, told a panel discussion at Microsoft’s TechEd Australia conference.

However, he said the industry and opportunities were changing as more Australian start-ups made successful, high-profile exits.

“There is a bit of momentum going now,” Smee says. “We’re on the verge of something. We need good exits, to show we’ve got good ideas and that we don’t cost too much.”

Catherine Eibner, lead start-up advisor at incubator Blue Chilli and Project Tripod co-founder, said that while Australian start-ups were increasingly better served by incubator and accelerator initiatives, the key funding opportunities were still friends, family and founders for early ventures and corporate backers such as Microsoft and Coca-Cola.

The panel discussion, which included Microsoft Australia’s director of developer and platform evangelism, Sarah Vaughan, also heard the latest developments from Nubis, Co-opRating and Project Tripod, a start-up which allows photographers to take similar pictures and combine and compare them, either from their own work or online with other users.

The three start-ups all received funding from the Microsoft BizSpark program.

“There was a gap in the market as we saw it, a tool to connect people with existing skills and resources,” Fox says.

Smee added they believed the emerging focus for innovation was in skills rather than tech.

“What we really want to see is industries cooperating together who may never have done so before,” Smee says. “The world is running on an old version of opportunity.”

Project Tripod’s Jordan Knight shared how the business idea had developed since he and Eibner received 50,000 euros within two weeks of launching their business.

Knight says managing the cost of innovating at the cutting edge of technology was a challenge for start-ups, who by definition have small budgets.

He explained the partnership with the Australian BizSpark program enabled Project Tripod to make the best decisions for the platform, regardless of cost.

“It helps you make technology decisions not bound by funding which frees us up to work on what we’re doing,” Knight says.