Move over right to be forgotten: Google is in for a new battle 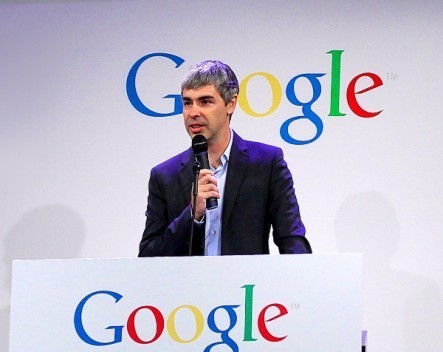 Forget the ‘right to be forgotten’ rule – that process takes too long and costs too much.

This is one of the arguments former UK Morgan Stanley banker Daniel Hegglin based his litigation suit on against Google this past Tuesday in the UK High Court. He claimed there are more than 3600 websites with defamatory, abusive and malicious material about him and his character on the websites with comments claiming, among other things, that he is a murderer, paedophile, and Ku Klux Klan supporter.

Hegglin requested an order from the UK courts to require Google to block posts from coming up in searches in England and Wales. He had already lodged an application with Google under the ‘right to be forgotten’ to have the links removed and sites blocked from any search. However, his argument goes further than just the cost and unreasonableness of the result of the Google efforts. It goes further to state that as ‘snippets’ are still available and visible to searchers, this was not enough to block the defamation.

In addition and more importantly, Hegglin further claims that Google contributed to the abuse and defamation becoming more widespread by including the results in the search engine.

What does Google require to request removal of links?

In order to request removal of material which is outdated, inaccurate or is otherwise personally offensive, Google requires an applicant to list all of the websites in a request to have them removed from searches. Even when this is done, the searches still contain what are known as ‘snippets’ which notifies searchers of the removal.

Is a removal request to Google enough?

The legal issue being considered was the scope of the ‘right to be forgotten’ rule. Google was originally asked to remove a number of specific URLs which contained the defamatory material and ensure it did not show up in search results. Google made some attempts to remove some of the search items but many still are evident in any search of Hegglin’s name.

Whether this was considered enough of an effort on the part of Google to stop such activity was something the court was asked to consider.

How far should Google be required to go to ensure material is not visible?

Hegglin went further to ask the High Court to require Google to take ‘reasonable steps’ to ensure no ‘snippets’ appear in any search conducted on the internet in the UK. With the ‘right to be forgotten’ removal, there is an indication of what has been removed from some website pages. Hegglin was requesting the court require Google to block the anonymous posts from its search engine results in their entirety.

Hegglin also alleged that Google enabled the serious issue to become widespread and that Google should be required to take stronger measures to ensure that the damaging material be taken down.

Interestingly, on Tuesday of this week, the case was settled out of court. Whilst being kept relatively quiet, it was stated that Google has agreed to make ‘significant efforts’ to remove abusive material from Google-hosted websites as well as from its search results in their entirety.

Is this just the beginning of the next war for Google?

According to one UK legal correspondent, this will open floodgates to other people who have been the recipient of similar online abuse.

The issue will no longer be limited to the ‘right to be forgotten’ but will be focused on the extent and scope of the obligation of the ISP to take down unlawful or defamatory content. It is likely to go further than the requirement for removal from search results but may end up with Google and other search engines requiring the actual individual websites to remove the material.

It has been a point of discussion of lawmakers in the UK since the EU ‘right to be forgotten’ original judicial decision.

This case could potentially have very large implications on the way Google operates in the future and impact on search engine requirements and regulation going forward. One wonders if this is no longer ‘the right to be forgotten’ but rather is becoming the ‘right to require removal’.