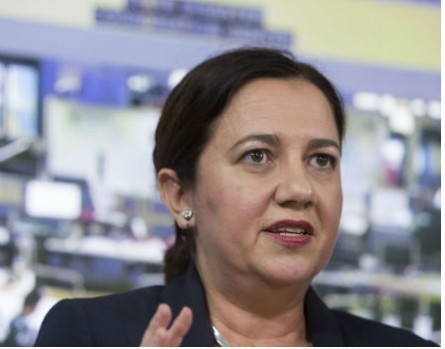 The Queensland government has announced a $40 million co-investment fund aiming to encourage a “startup revolution” in the state.

Queensland premier Annastacia Palaszczuk announced the fund during the CEDA state of the state address on Tuesday and said it’s an effort to “kickstart Queensland’s next wave of startups” by turning “great ideas into commercial realities”.

“Queenslanders, and Australians in general, haven’t had the appetite in the past to provide venture capital to startup businesses,” Palaszczuk said.

“In Queensland, my government is changing that.”

The fund will match contributions from private investors from $125,000 up to $2.5 million and an independent investment panel will assess each application, with up to $5 million in investments available for startups from the fund.

It’s all about giving the state’s early-stage businesses a launching pad, according to Palaszczuk.

“If you build the right business model and meet the criteria, we will back you, because my government has a lot of confidence in what Queensland has to offer,” she said.

“If we can show that our best ideas, our best innovations, our best biomedical advances and our best discoveries are business-worthy, then that investment pool will grow.

“We want to lead the way when it comes to investing, to point those angel investors in the right direction.”

A step in the direction

“It’s going to have a positive impact and really help to grow a critical mass of early-stage companies which are operating out of Queensland,” he says.

FunCaptcha founder Kevin Gosschalk says the state government is on the right track.

“It seems like a good initiative at first glance,” Gosschalk says.

“For our state economy to prosper the government needs to invest and encourage innovation.”

“The startup community in Queensland has been known to be fragmented and without a lot of direction for startups looking to attract investment, and this shows that the government is proactive and listening to the community,” Hales says.

“The program has the capacity to stimulate early-stage investors into investing in innovative businesses in Queensland.”

A major impact of the fund could be that more homegrown startups chose to stay put in Queensland, Hales says.

“The program will be beneficial in keeping promising startups in Queensland, which is a great thing for the community,” he says.

“This type of investment is essential if we want to attract and retain superior startup talent. It gives startups a more reasonable incentive to stay in Queensland than just the nice weather.”

Musumeci agrees, saying at the moment most early-stage businesses have to look elsewhere for funding.

“Plenty of startups come to raising capital and usually have to search interstate and overseas to get it over the line,” he says.

“I think this is a really positive move from the government to help with that.”

The fund will be led by the private co-investors, who will select the businesses to back and the amount of money to chip in, with the government then matching this contribution.

This is a good method so long as the right people are included on the panel, Musumeci says.

“The structure they’ve identified is the right way to go about it, they just need to be cautious of making sure the right people are on the committee – that it’s people from the community not consultants or academics.”

It’s also crucial that it can complete the process at a speed to keep up with the high-growth businesses, he says.

“The time to process the applications is critical,” Musumeci says.

“Startups are moving so quickly so the applications have to be processed quickly to allow them the best chance to succeed.”

Queensland-based startups can apply online from Tuesday next week. These applicants will then be shortlisted, with a handful then pitching to the panel.

The startups must be commercialising an idea or product, require seed or follow-on investment, have a realistic chance at being commercially successful and have a shot at creating jobs.

On the flip-side, the government wants the private sector investors to have a proven track-record of investing in early-stage startups, experience in providing support to them, a good reputation and the ability to manage fund reporting.

In announcing the fund, the Queensland state government pointed to a similar scheme that was implemented in New Zealand in 2006 – a $40 million co-investment fund that has attracted nearly $140 million in private investments through funding 116 companies, thanks to 14 seed co-investment partners.

Palaszczuk says entrepreneurs and startups are an important part of the economy.

“And above all, they are the job creators.”