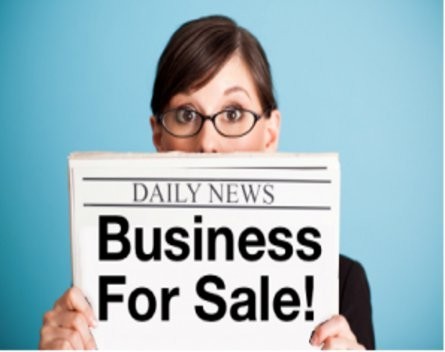 Corporate acquisition intentions are at a four-year high, meaning plenty of buyers for small business owners keen on making an exit.

According to accountancy Ernst & Young’s latest annual Capital Confidence Barometer, 34% of Australian corporates hope or intend to merge with or acquire another company in the next 12 months.

Graeme Browning, the managing partner of transaction advisory services at EY, tells SmartCompany that after several years of cost-cutting and internal productivity drives, growing through acquisition is one of the only options left open to many corporates, given the slow rate of overall economic growth.

After the global financial crisis, he says, medium-sized to large companies focused on repairing their balance sheets, which Browning says most were able to do fairly quickly.

But even though they’ve had the cash to invest in acquisitions, most have been reluctant.

“What’s been lacking is confidence in the economic outlook, both in Australia and globally,” he says. “But what’s happening now is that the United States is growing, China continues to grow, and Europe, well, it’s been quiet, so it’s seen as stabilising.

“As a result of these factors, sharemarkets around the world have been increasing fairly significantly, and confidence has started to turn. People in corporations are thinking much more about growth rather than weathering the storm.”

Of the 150 Australian executives surveyed by EY, 70% said their companies would be focusing on growth over the past 12 months, which is double the figure from last year.

And for that, one in three companies are looking at mergers or acquisitions.

“Most of the companies acquired are going to be smaller companies,” Browning says. “For small businesses, that’s a great opportunity that hasn’t been around for years to sell, or sell down.

“And right now, there are more buyers than sellers, because corporates have little choice. They’ve squeezed most of the costs out of their business already, and have to look for other strategies to achieve growth.”

Because of the small sample size, EY doesn’t break down the results by industry. However, speaking anecdotally, Browning says he doesn’t think the drive to acquisitions is particularly focused around one sector of the economy.

“From my own observation, it’s a fairly broad-based transaction market at the moment,” he says. “There are transactions happening right across almost all sectors. I think the reason for that is there’s been a transaction drought for a number of years, so there’s quite a broad-based pent-up appetite to do deals. It hasn’t been just one sector that’s missed out.

“With all the initial public offerings we’re seeing, there’s no particular pattern or sector dominating at the moment.