Online retailer Shoes of Prey turns to bricks and mortar after scoring $6.5 million in funding 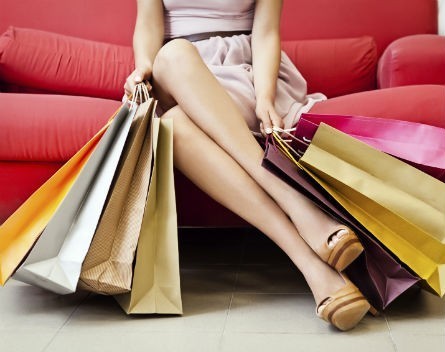 Online retailer Shoes of Prey secured $US5.5 million ($6.5 million) in venture capital this morning to fund its bricks-and-mortar expansion.

The retailer, which enables customers to design their own shoes, started off as a pure play online offering.

But Shoes of Prey’s founders, Jodie Fox, Michael Fox and Mike Knapp, have realised the value of having a physical store presence after the success of Shoes of Prey’s David Jones concession stores.

The funding round was led by US-based Khosla Ventures after the Shoes of Prey team got in touch with Ben Ling, the investment partner at Khosla, through a former Google colleague.

Michael Fox told SmartCompany the deal came together fairly quickly after first reaching out to Ling in July this year.

“That seems to be how venture capital in the US works, warm introductions always seem to help,” Fox says.

The deal leaves the co-founders with “just under” 50% in equity while Shoes Of Prey’s employees retain 15% equity in total.

In order to “get the deal done” Shoes of Prey’s co-founders had to agree for one founder, at this stage Jodie Fox, to step down from the board.

“US venture firms generally have much smaller boards so we reduced the board to three, so only two of Mike, Jodie and me could be on the board,” Fox says.

Fox says “it’s not ideal” but the business should be able to work around the limitation.

Shoes of Prey will use the funding to open more bricks and mortar stores, including in the United States, hire some more key staff and increase its manufacturing facilities.

“We have signed a deal with Nordstrom to open six stores in the US. The first one opened two weeks ago in Seattle and we are opening a store in Westfield Bondi Junction and funding will help with all those stores rolling out,” he says.

Shoes of Prey will roll out another seven stores over the next few months.

“We still sell most of our shoes online but we have realised that there is life left in physical retail,” Fox says.

“It offers a great opportunity for customers to come in and interact with the brand.”

Expanding Shoes of Prey’s manufacturing in China will also reap rewards for the business.

“We have maxed out the size of the space of our factory in China, so we have leased a new three storey 4000 square metre factory and that will give us a lot of room to expand,” Fox says.

“The key thing is that it will bring our delivery time down to deliver shoes within two weeks of the consumer ordering”.

Shoes of Prey previously raised $3 million in Australia in 2012 with further fundraising in 2013.