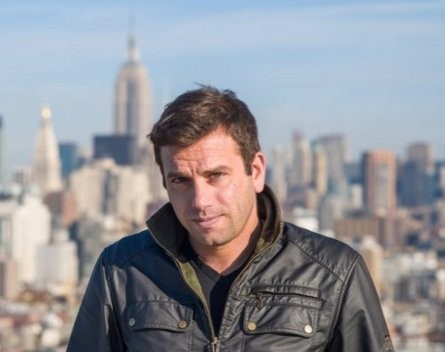 Ori Allon, who has previously sold businesses to both Google and Twitter, has launched his latest venture, Urban Compass, after tying up $8 million in investment capital.

Allon was born in Israel and holds US citizenship but is also a naturalised Australian, after moving to Melbourne in 2002 to study at Monash University. He then moved on to the University of NSW in Sydney, where he completed his PhD in 2009.

He built the Orion search engine, which he sold to Google, before creating Julpan, which analyses information shared on social media sites. Julpan was sold to Twitter in 2011, with Allon moving to New York to join Twitter’s team.

Allon is now onto his third notable venture, called Urban Compass. It was, rather grandly, officially launched by New York mayor Michael Bloomberg.

Allon has secured $8 million from a clutch of investors, which he has used to employ a relatively large workforce of 63 people, including several ex-Twitter employees.

“I could do another start-up, build something very specific, and sell it to a larger company,” Allon told The Verge last year. “But I’ve done that already, you know. It’s not about the money. I’m ready for a different challenge. I want to build something really, really big.”

Urban Compass is aiming to help people negotiate the notoriously difficult New York property market. The business hopes to crack the Big Apple before moving onto other markets.

The web app allows apartment-seekers to search for property based on location, price and size, with the aid of a mapping tool. Users can negotiate rents and agreements with real estate agents through Urban Compass, with Allon aiming to eventually handle tenant rental payments on the platform.

In return for this, Urban Compass will collect a broker’s fee, which is designed to be much less than a standard monthly rental fee.

“We believe some of the most meaningful local insight comes from on-the-ground knowledge, and we are merging technology with real-world expertise to create the Urban Compass Network. This platform will help you connect with your local community: the people and businesses that make a neighbourhood feel like home. “