Our product sucks: Dyson takes on Miele in legal stoush 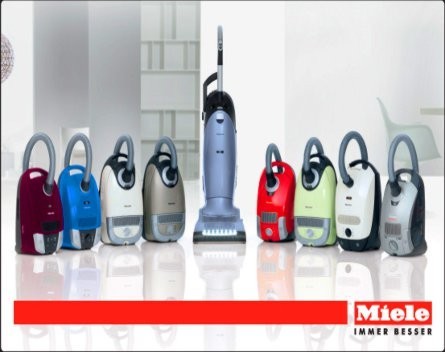 Miele has had to amend some of its advertisements after being taken to the Advertising Claims Board by its competitor Dyson.

Dyson’s beef was with Miele’s “20-year campaign”, where it claimed Miele vacuum cleaners were tested to operate for 780 hours and tested over 2000 km of different types of carpet with the tagline “German engineered and tested to the equivalent of 20 years’ usage”.

Dyson claimed the overall effect of Miele’s 20-year campaign is to convey a clear representation that “a Miele vacuum cleaner purchased today is very likely in 20 years’ time to perform just as well as it does today”.

Dyson said the representation amounted to “almost a guarantee that if (the consumer) were to purchase a Miele vacuum cleaner, it is very likely to perform in 20 years’ time just as well as it does today ” and that these representations cannot be, and have not been, substantiated.”

Miele fought back saying the “take out message” from the campaign as a whole is that the products have been “German engineered and tested to the equivalent of 20 years’ usage”, a message adequately substantiated by its testing regime.

The board rejected Dyson’s claim about the overall effect of the campaign.

“The Miele 20-year logo by itself conveys a broad and potentially powerful message, and if viewed in an unqualified way may lead consumers to project their own perceptions onto the message,” the board found.

“However, the logo in every instance it is used is accompanied by the qualifying words ‘tested to the equivalent of’ or similar.”

But the board found one part of the campaign, which included a video of Miele vacuum cleaners operating accompanied by graphics of passing years, was potentially misleading and should be modified or removed.

“This conveys an implied representation, in the view of the board, that the vacuum cleaners are capable of running continuously for a 20-year period,” it found.

Sally Scott, partner at law firm Hall & Wilcox, told SmartCompany it was unusual that Dyson lodged its complaint with the Advertising Claims Board rather than with the Australian Competition and Consumer Commission or by issuing proceedings before a court, as the ACCC has far greater powers than the board.

“Unlike the ACCC and the courts, the Advertising Claims Board cannot impose fines, although it can make a determination that an advertiser alter or remove an advertisement, the consequences of not complying are merely referral to the ACCC (or other appropriate agency) and to the media,” Scott says.

“The board has a difficult task determining how consumers are likely to interpret ads as the decision is very subjective and the ACCC and the courts may take a different view.”

Scott says businesses need to ensure they consider whether proposed ads are misleading.

“This case shows the variety of ways that an ad can be interpreted,” she says.

Scott also says this may not be the end of the legal battle.

“Although Dyson’s complaint was not upheld by the board, the ACCC may still choose to pursue Miele for misleading conduct.”

Miele said in a statement it had remove all images of the years ticking by from its advertisements.

“Miele does not consider that it engaged in any conduct or activity of a deceptive or misleading nature, we have modified our promotional material in accordance with the board’s request to ensure that the board’s concern is appropriately addressed,” it said.