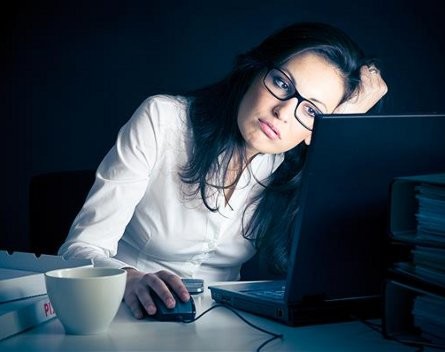 A HR expert says start-ups need to reward staff who put in extra hours, after the Australian Bureau of Statistics revealed 26% of Australian workers who do overtime are not compensated.

The ABS has published a study based on its Working Time Arrangements survey, conducted in November 2012.

The report found one in four employees who usually work extra hours or overtime are not compensated for doing so.

“The ABS found over a third of employees usually worked extra hours or overtime,” Cassandra Gligora, ABS director of labour force, said in a statement.

“More than a quarter of these employees were not compensated for this work.

“Although more men usually worked extra hours or overtime than women (38% compared to 30%), one in three of these women were not compensated compared to one in five men.”

According to Gligora, the most common form of compensation for extra hours worked was to be paid (42%). Other workers received time off in lieu (17%) or had compensation included in their salary package (15%).

The survey found 36% of employees could choose to work extra hours in order to take time off, while 40% had some say in their start and finish times.

Martin Nally, managing director of hranywhere, told StartupSmart that when it comes to staff working overtime, the issue for a start-up is the “F word” – flexibility.

“It’s really how you start as an organisation, and continue,” Nally says.

According to Nally, start-ups need to move away from the notion of “face time”. That is, how often they see their staff in the office.

“Entrepreneurs can’t look at that. They have to look at outcomes,” he says.

“It’s about not closely watching [staff]. You can’t expect people to work on this new product or this new piece of your start-up with no breaks or compensation at the end of the process.”

And while Nally understands start-ups need to put in long hours, he warns there can be repercussions if employers fail to compensate their staff.

“If you’ve got someone on a salary, you can say, ‘We’re going to compensate you’… You’ve got that largess or that flexibility to get people to work those extra hours,” he says.

“The issue is whether people will stay. If you start expecting people to work insane hours and not compensate them in some way… you just won’t hold them.”

Some start-ups reward hard-working staff by offering them equity in the business, says Nally, but that’s not the only monetary incentive you can offer.

“[Employers could offer their staff] a share in profits… If you’re an app developer and your app takes off, you can give people a share in that,” he says.

“You can look at things differently as a start-up [by saying to staff], ‘We’re going to compensate you in this way – when you put in extra work, we’ll give you a percentage of the gross margin’.”