Pocketbook marks 100,000 users and announces a Series A raise 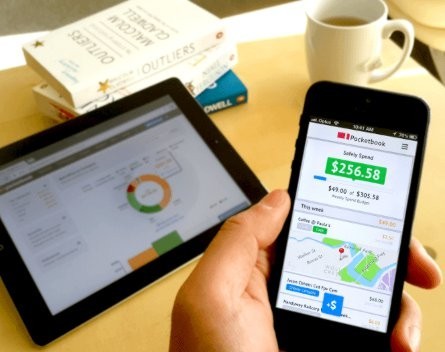 Pocketbook has attracted 50,000 users in the last seven months, after raising $500,000 in seed funding last November.

Pocketbook’s service helps its users manage their spending by aggregating bank accounts, credit cards and loans, and providing a single view of their spending. Its smartphone app alerts its users when they get charged bank fees or are looking like they might spend more than their budget allows.

The 100,000 figure represents users who have not only downloaded the Pocketbook app, but have signed up and are using Pocketbook’s services.

Pocketbook co-founder and chief executive officer Alvin Singh says the startup actually reached the 100,000 user milestone a few weeks ago, well ahead of schedule. They’d hoped to have reached that number by December.

To put that in context Singh explains that Pocketbook has captured more of the market than Mint.com did in the US when it was acquired by accounting software giant Intuit in 2009 for $170 million, in a third of the time.

“We have outperformed our ambitious business plan with this latest milestone,” he says.

“We set out to prove that Pocketbook had mainstream appeal with our initial funding. The pace of our user growth is evidence that there is a big opportunity for real innovation in the financial services industry.”

Currently Pocketbook has a team of five, but Singh says with the help of this latest round of funding, he’d like to grow the team to between 10 and 15.

The funding will also go towards Pocketbook’s next stage of growth.

“While this is a great achievement, the team and I know we’ve got plenty of growing, in product and users, still left to go,” he says.

“What we have today solves a huge consumer problem. We help our users reduce the amount of work required to start getting on top of their finances. We already provide an incredible amount of value to our users for free. But there is so much potential for even more value by ‘smarts’ and intelligence to the process.

“We have a whole lot of data about our users, and we use that data to alerts about spending, but we want to get deeper into using their data to provide even more value to our users.”