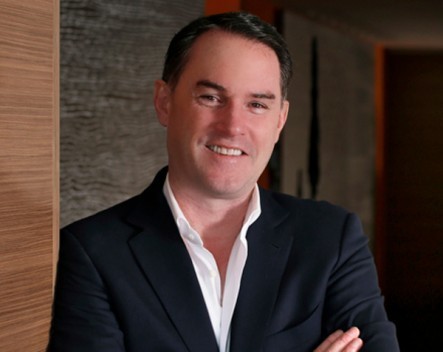 RealAs has received a second defamation threat over the property startup’s claims it can show which agents are inaccurately quoting house prices – this time from McGrath Estate Agents, the company founded by Shark Tank judge John McGrath.

Chief executive Josh Rowe confirmed to SmartCompany this morning RealAs received a letter from lawyers representing McGrath Estate Agents on Monday, dated May 14, asking RealAs to take down a blog post naming some of McGrath’s offices as Victoria and New South Wales’ most inaccurate agents.

SmartCompany exclusively published data on Tuesday that RealAs claims proves its argument some Stockdale & Leggo offices had been off on the price publicly quoted versus the price a property sold for by as much as 30%.

Stockdale & Leggo agents subsequently hit back at the claims, saying the state of the booming property market was leading to unexpectedly large sales and asserting some of the data produced by RealAs was inaccurate.

According to Rowe, the letter received from McGrath Estate Agents claimed the blog post defamed the agent by listing their offices as some of the most inaccurate. It gave RealAs 24 hours to take down the post or face legal proceedings.

However, Rowe says McGrath, which is believed to be preparing to float on the Australian Securities Exchange, has not yet initiated those legal proceedings.

“It is not possible to sue for defamation in the case of a company,” Rowe told SmartCompany this morning.

“Equally, if they were to try to link it to a person, our defence is that we have properly ascertained facts and have data behind us to demonstrate those facts.”

“For a company that is about to list on the stock exchange, this is perhaps more distracting.”

Rowe says the information published in the blog also names four McGrath agents as some of the most accurate in the country, and claims one agent even tweeted that result after it was published.

Geoff Lucas, chief operating officer of McGrath Estate Agents, told Fairfax the suggestion by RealAs that its agents “are unscrupulous and intentionally bait homebuyers with unrealistic prices to create a sense of demand” was unacceptable.

“We are offended by that suggestion and as a company take great pride in our reputation both within the industry and with our clients who are selling and buying property,” said Lucas.

“As a consequence we are considering our legal position.”

Rowe says it was never his intention to vilify any agents, despite admitting there had been increased media attention on the disruptive algorithm used by RealAs, which claims to predict house prices.

“We never set out to make fun of or belittle agents. Our intention was to give the homebuyers – and our customers are homebuyers – the right information to buy a house sooner,” he says.

“If, in the course of that, it uncovers a variation in what real estate agents are quoting, then so be it… By us giving better, transparent information, buyers are more informed.”

Meanwhile, Stockdale & Leggo have released a statement in response to media attention on “under quoting”, saying the agency operates within the strict confines of the Estate Agents Act and is “bound by robust professional standards that effectively protect consumers involved in property transactions.”

“It is stating the obvious to say that we cannot control nor can we regulate buyer behaviour on the day of purchase and often there is a significant gap between our expectations on price and the final price achieved after a selling campaign,” said Stockdale & Leggo chief operating officer Anna Thomas in the statement.

“Therefore, this notion of perceived ‘under quoting’ seems to have become prevalent; when this phenomenon is more to do with the end selling price being a reflection of the greater market forces at play.”