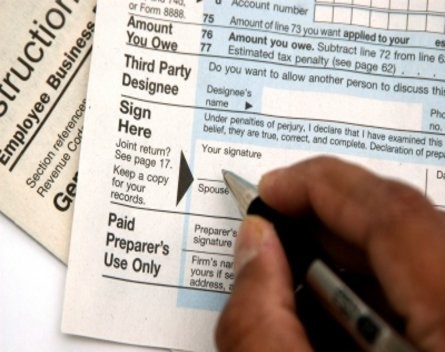 The Queensland business community is gutted over the state government’s decision to delay raising the payroll tax threshold until 2015, as part of the new state budget released yesterday.

Despite the business backlash, Queensland’s Chamber of Commerce and Industry said the budget should also be praised for delivering fiscal discipline during a precarious time for the state’s economy.

The budget forecast a deficit of $7.664 billion for the 2013-14 year, with key measures including an extra $707 million for education, along with promises for police, teacher and ambulance staff.

However, businesses in South Australia have received some payroll tax assistance as part of a greater SME-focused initiative. Premier Jay Weatherill announced today, as part of the state’s budget, payrolls of up to $1 million will be halved.

The payroll concessions are part of a larger small business package, which includes $5.4 million over four years for start-ups and innovation.

Weatherill said some SMEs could expect to pay up to $9,800 less as a result of the payroll taxes.

But Queensland business is most upset about the government’s decision to delay a promise to raise the payroll tax threshold. The original promise would have seen the threshold raised from $1.1 million to $1.2 million – this will now occur in 2015.

“We think this is the greatest casualty of the budget,” he says.

“This was an election commitment, and in terms of direct impact there are about 20,000 businesses that would have benefited from lifting the threshold.”

“Businesses will no longer have access to the benefit of $235 million in tax relief, which would have created 4000 jobs.”

Payroll tax is a controversial charge among the already tax-wary business community. In 2009, the Tasmanian Chamber of Commerce released a study in which it found eliminating payroll tax in the state would result in adding 95,000 more jobs.

Behrens says there are already companies in Queensland which deliberately structure themselves with a payroll under the threshold. Lifting it would have allowed these businesses to expand.

“The biggest disappointment is that it was a commitment, and it’s been broken. When you start to fail to deliver on commitments, it undermines surety and confidence, which in turn impacts business confidence.”

“If you were going to redesign the tax system, they wouldn’t have payroll tax in there. It’s a shame such an election promise just isn’t followed through.”

However, Behrens says the budget wasn’t all bad, and praised the government in attempting to turn a surplus – the government expects a surplus in 2015-16. Treasurer Tim Nicholls said the decision to defer the surplus comes on the back of lower revenue from resource prices, with revenue down $4.5 million in the past year.

“The delay in reaching a fiscal surplus means that the government will not have to raise taxes or cut spending by as much as it would have otherwise had to do,” Nicholls said in a statement.

Behrens says the business community is grateful for the delay.

“It’s a budget which does seek to put fiscal integrity back into priority, which is good – but it comes at the expense of the short term.”

Other key measures include changing the current fire levy to an emergency management, fire and rescue levy, which is applied to rateable properties. The levy will increase by 6.5% from January 2014, equating to $11.20 per household.

Insurance duty on general insurance products will rise from 7% to 9% as well.