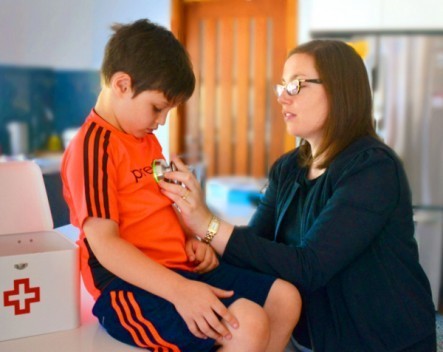 A Queensland health startup looking to fund a tech-enabled, wireless stethoscope has put its crowdfunding campaign on hold despite raising more than half a million dollars.

Stethee cracked the $100,000 mark within five days of the campaign, however announced last week it was pulling the plug despite a swell of international support.

“The overwhelming response from health professionals and clinics from around the world took us by surprise,” the startup’s Kickstarter page reads.

“This led us to immediately explore the process of medical device approval with the FDA [Food and Drug Administration] and TGA [Therapeutic Goods Administration]. We believe in this capacity Stethee has the ability to revolutionise the way health professionals practice medicine. However these abilities of Stethee to diagnose, treat and manage diseases is not compatible with the Kickstarter project requirements.”

It is not the first time an Australian startup has cancelled a Kickstarter campaign because of their product. In October, a Perth-based startup looking to fund a 3D metal printer cancelled its Kickstarter despite beating its target by $200,000.

Aurora Labs pulled the plug on the campaign because the crowdfunding platform wanted the company to publish more technical information about its product than it was comfortable revealing to the public at such an early stage.

Nayyar Hussain, founder of Stethee, told StartupSmart while the crowdfunding campaign had led to an “amazing response” he decided to put it on hold because Kickstarter is not allowed to promote products that can identify diseases.

In the platform’s list of prohibited items, Kickstarter says it cannot promote any item “claiming to cure, treat, or prevent an illness or condition”.

However at the same time backers and health professionals wanted the team at Stethee to reveal more about how the product worked. Hussain says he felt like he owed it to his backers and the medical community to answer their questions, but with the Kickstarter campaign his hands were tied.

“In our discussions with them [Kickstarter], we mutually agreed that our objectives had been achieved in that we got great feedback on the product,” Hussain says.

“They said we had to keep it as a consumer product and we said we didn’t want to water it down any more to look like a toy. So we were happy to suspend it. To get the best product out there the best thing to do is concentrate on the clinical trials and FDA trials as well.”

Hussain says the startup is in preliminary discussions with venture capital firms, and has been approached by investors from Ireland, the UK, US and Singapore.

“It was disappointing to click that [pause] button, but when you step back and look at it, it was only 23 days we were raising money for,” he says.

“To raise half a million dollars in that time – excluding the holidays – made us realise our belief had something special and it got validated around the world. And that overshadowed any negatives or disappointment we had.”