Quotas on the nose: that’s the view from male Australian CEOs 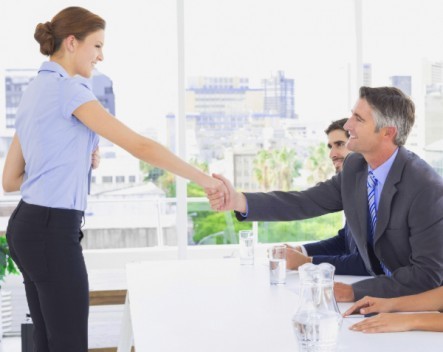 Tuesday’s Australian Financial Review Chanticleer survey of 33 largely male “captains of industry” reveals that quotas to improve the numbers of women in senior management positions are still overwhelmingly viewed as at best unnecessary, and at worst counter-productive.

Among the most common reservations about quotas cited by the CEOs surveyed are concerns about their ineffectiveness and their anti-meritocratic nature. In comparison, the less onerous option of non-mandatory targets seems to garner more support.

Recently released data by Australia’s Workplace Gender Equality Agency (WGEA) suggests that organisations are still struggling to translate policies into tangible strategies – the link between lofty ideals and actual progress. When it comes to walking the walk, most large organisations continue to tinker at the edges, rather than tackle systemic change.

In fact, the most commonly cited reservations about quotas are largely groundless.

Quotas will change the numbers

There is no doubt that practices aimed at increasing work-life balance, along with mentoring, developing, and attracting talented women are of crucial importance. However, without the “stick” of regulatory responsibilities, these “carrot” strategies are achieving only glacial progress.

A review of the evidence from overseas strongly suggests that at least where numerical representation of women is the outcome measure, quotas are one of the few practical strategies that actually do produce rapid, substantial change. The percentage of women on Norwegian boards rose from 9% to the mandated 40% within the required five years. Given the intractable nature of the problem, why does the Australian business community still recoil so strongly?

If the objective is to increase the proportion of women in positions to which they are applied, quotas are supremely effective. The evidence from countries who have passed quota legislation is unequivocal in this regard – when gender balance is mandated, and there are consequences for failure to comply, it happens. Furthermore, corporate performance does not fall off a cliff as a result.

There are other side-effects to quotas. For example, there is the so-called “golden skirt” phenomenon, whereby organisations repeatedly dip into a pool of the same women, who then come to hold several board positions. However, men are even more likely to hold more than one board position than women.

Perhaps the most concerning side effect of quotas is that women hired under this phenomenon are perceived to be less competent – that is, we assume that a hire made under a quota must not actually be qualified. However, this is a shortcoming of our biases and assumptions, not a shortcoming of quotas as a mechanism to ensure balanced representation. It is also a temporary problem, since over time, it proves itself unfounded.

The myth of merit

This leads us to the other major reservation many people have about quotas – that they are anti-meritocratic. That company performance is not affected by the introduction of gender balanced boards strongly suggests that quotas do not result in hordes of under-qualified women being appointed to senior positions.

As many of the surveyed CEOs noted, their pipeline of female talent has improved substantially. If this is the case, talented women should be easier to find, and the likelihood of under-qualified women attaining promotion is minimal.

Merit only becomes an issue for quota hiring when there are actually not enough talented women in the selection pool. This is actually only the case in a small minority of male-dominated strongholds, like mining and STEM disciplines.

Most organisations already insist that they only hire and promote on merit. The implication is that if women are disappearing from the pipeline, it must be that they have less merit. Given that women slightly outperform men from high school, in most university faculties, and through to the mid-levels of most large organisations, the argument that there are simply not enough talented women is a very shaky one. The 2013-2014 WGEA data still shows an exodus of women at mid-levels.

This is not fully explained by child-rearing, and it cannot be rationally explained as an evaporation of women’s talent at mid-career. So if organisations are already meritocracies, and women have as much performance potential as men when they arrive in organisations, merit is clearly not as effective at identifying talent as the conventional corporate wisdom suggests. Why is this so?

In fact we know that a merit-based preoccupation in hiring actually activates stronger unconscious biases about what competence looks like, and who tends to have more of it. The result is that hiring decisions made using merit as a focus are more biased in favour of men, compared to decisions made using fairness as a focus, for equally qualified male and female candidates. The fact is that merit is not fair, nor does it guarantee objectivity.

Merit is a movable feast of self-referential assumptions and stereotypes on the part of hirers. Despite good intentions and egalitarian values, no-one is immune from these assumptions, or their largely unconscious impact on decision-making. Women do not lack merit (or confidence, for that matter). What they lack is a close enough resemblance to the prevailing masculine assumption about what leaders looks like. Quotas simply ensure that these dynamics are ruled out of hiring decisions.

However, the blanket application of quotas can be problematic. Without careful tailoring, quotas can be counter-productive for industries that struggle to attract women in the first place. They can also result in cynical attempts to make up numbers by making token female appointments, or parachuting women into “new” roles. However, from my experience, executives who have diversity targets as part of their performance measures already engage in these strategies.

Aside from dramatically re-balancing the playing field in terms of women’s representation, quotas can do three things that are essential to achieving real progress in gender balance, at least in my lifetime:

It’s time for organisations to engage in some diversity of thinking to better understand whether their reservations about quotas are actually based on evidence or assumption.