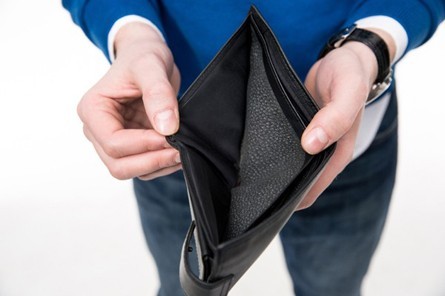 In Australia, there is a lingering belief that bankruptcy should not be “too easy”.

The federal government’s plan to reduce the period of bankruptcy from a minimum of three years to one year, announced in December’s Innovation Statement, has been criticised for allowing debtors to avoid the consequences of their misconduct.

Modern personal bankruptcy law attempts to balance competing public interests of rehabilitating debtors and allowing them a fresh start, with the need to discourage reckless borrowing and spending and abuse of the credit and insolvency system.

But bankruptcy as a crime has had a long history, arising out of an early need to allay the violence and mayhem occurring through Roman debtors not paying their creditors, by imposing some order and authority on the warring parties.

This authority sought to divide up the debtor’s assets among the creditors; but the idea of protection of the unfortunate debtor did not arise until later. The first modern bankruptcy laws developed in the 16th century in England and sought to provide administrative order to commercial debt recovery.

Non-business bankruptcy was treated as a crime, with debtor’s prisons existing until the late 19th century. The growth of middle classes after the industrial revolution and the drive to encourage and broaden entrepreneurial risk taking helped change society’s treatment of all bankrupts (both business and non-business) and the goal of protection and rehabilitation became more important.

There are requirements to repay creditors through contributions from income, above a certain level; restrictions imposed on obtaining credit and with credit agencies reporting the bankruptcy; and restrictions on being a company director and on retaining licenses to work in certain trades and professions.

Most of these impacts are expected to remain whether bankruptcy is one year or longer.

Our 21st century laws even connect bankruptcy with serious crime, and treason, and impose criminal sanctions, including imprisonment, for breaches by bankrupts of many of these obligations. And there is still the stigma of bankruptcy, of being labelled as someone who could not manage their finances and left their creditors unpaid, and who otherwise might be seen as morally suspect.

The government doesn’t propose to lessen these rules. Those who suggest that bankruptcy is an easy option are ignoring the range of penalties and limitations that apply to bankrupts. Given the fact that bankruptcy can release a debtor from debts of $20,000, or $20 million, the law – and society – acknowledges that some accountability and consequence be imposed. It is a matter of degree and of balance.

But the government has opted for a fresh approach to unpaid debt in personal insolvency, given it is a more emotive area than the relative anonymity of corporate losses.

Australia is seen internationally as having a rather harsh view of unpaid debt. But punishment and deterrence can only achieve so much when it comes to discouraging reckless borrowing or profligate spending.

A person might well not pursue their innovative business idea if the consequence of it not working were jail, or at a less extreme outcome, a long period of bankruptcy and the loss of most if not all of their property. Creditors also need a predictable, transparent and fair system for collecting their debts.

For that reason, many other countries are refocusing their insolvency laws more on rehabilitation and a constructive approach to business rescue.

The government is trying to shift the balance in favour of risk and innovation, with its potential for promoting economic growth, and to move the language away from retribution and failure, an important aspect of cultural change. But merely reducing the period of bankruptcy won’t be enough.

The public narrative and perception around financial failure and insolvency, both personal and corporate, need to change if we are to embrace an entrepreneurial and innovative business culture.

Changing the law is perhaps the easier part, with initial public support needed, followed by a shift in public perception in order to allow the law to be fully effective.