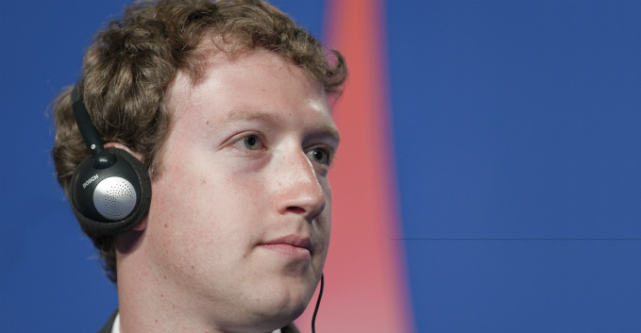 By  Roman Lanis  and  Prabhu Sivabalan

Amid the tax debate under way in Australia this year, there have been intermittent calls from within the government for a tax system that encourages a “more entrepreneurial, risk-bearing culture”.

These tax breaks to incentivise growth in startup enterprises are something the tech industry has been calling for over the past several years due to the slow growth of such businesses and the more generous incentives provided in other countries such as the UK.

The question remains: How might governments step in with incentives for grassroots innovation? In a policy sense, how might we offer the Zuckerbergs and Brins of 2031 just that little more motivation to do what they want to today?

What Australia does already

Tax incentives have long been used by governments to motivate such behaviours using generous deductions and rebates applied to research and development (R&D) expenditure and tax offsets for startup investors.

Without going into the detail and exceptions, you can generally assume that eligible companies with a turnover of less than $20 million are entitled to a 45% refundable offset. This is also equivalent to saying that for every dollar you spend on R&D, the government will allow you to annually claim one and a half times the amount as a tax offset.

This is a good incentive for smaller incubators to engage in R&D. In fact, you might think these rules are generous, and certainly don’t act as a disincentive to R&D spending. So how do they compare with other nations?

How the UK does it

The UK is one example some in Australia’s tech industry have singled out for having a better system in place.

First, the definition of an SME from a tax perspective in the UK appears to encompass a broader range of firms, to include firms with an annual turnover under €100 million, and a balance sheet (let’s say assets to keep it simple) under €86 million. So, they’re taxing SMEs less generally, and defining SMEs more broadly than we do for these generous concessions.

And UK companies are given a bigger deduction, percentage wise. UK SMEs conducting R&D are allowed to claim a tax relief of 230% of the actual expense. More importantly, if you’re seeking an injection of capital to grow your business, you’d probably rather be in the UK than here.

The Seed Enterprise Investment Scheme (SEIS) provides investors into new startups with a tax relief equal to half of their investment into a startup, up to £100,000. So, if you invest £60,000 pounds into an SEIS investment, you can claim £30,000 off your tax payable – a generous offer.

This substantially reduces your risk. If the business fails, you can claim the other £30,000 pounds as an income tax deduction. Much depends on your individual circumstances, but these incentives clearly provide significant impetus to invest in small startups.

What if you’re a more established firm? The UK has an Enterprise Investment Scheme (EIS) for later stage investments, where investors may claim a 30% rebate on their investments. Collectively, the above R&D and direct investment incentives certainly appear superior to what we offer in Australia at present. Indeed, the Turnbull announcement possibly reflects an attempt to catch up to the UK SEIS/EIS system.

But before we bang down the doors of Parliament for more generous R&D and direct investment tax concessions, consider that the outcomes are not always straight forward and/or positive when deploying tax breaks as an incentive to allocate resources to the tech sector.

A more strategic issue for us to grapple with is that, like it or not, much of the R&D investment in startups is dominated by large US multinationals such as Google, Apple and Microsoft.

Do these multinationals need additional R&D and direct investment tax breaks to invest in Australian startups?

Possibly no for two very simple reasons. First, it is no secret that they collectively avoid billions in paying tax in Australia and have directly admitted they do not need additional R&D or other tax breaks to invest in startups.

Secondly, Australia does not have a good track record of allocating resources to a particular industry, or specifically to small businesses by using tax breaks and/or subsidies. In fact, providing additional tax breaks for direct investment in startups may simply create a further avenue for high earning individuals to avoid paying tax.

The use of tax breaks as an incentive to increase the growth of the startup sector in Australia sounds wonderful on the surface, but requires careful consideration.

Roman Lanis is an associate professor of accounting at the University of Technology Sydney.

Prabhu Sivabalan is an associate professor at the University of Technology Sydney.